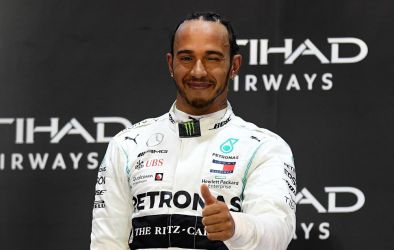 Formula One made a profit of US$17 million in 2019, the first time since 2016 the global motorsport series has enjoyed positive financial returns.

The annual financial report for the Formula One Group, responsible for the promotion of the sport, released by owner Liberty Media, revealed the series’ overall income rose from US$1.827 billion in 2018 to US$2.022 billion last year. This helped take Formula One into profit, having posted losses of US$37 million and US$68 million in 2017 and 2018 respectively.

At the time, Liberty attributed the losses to investments in a number of areas, including digital, since officially taking control of Formula One at the start of 2017.

The increased revenue for 2019 ensured that the fall in income paid to the sport’s ten teams has been reversed. It comes as discussions over a new Concorde Agreement between the International Automobile Federation (FIA), Formula One and the teams for 2021, and beyond, is still to be agreed. The contract covers the number of Grands Prix in a season, as well as how TV revenue and prize money are shared.

The return to profit for 2019 was attributed to broadcast earnings, sponsorship and race hosting fees, which made up 38 per cent, 15 per cent and 30 per cent of income respectively. However, the total amount earned last year from hosting fees was down on 2018. This season will see the Formula One calendar feature a record 22 races, which is likely to push earnings back up.

‘Broadcast revenue increased in the fourth quarter and full year due to contractual rate increases, partially offset by the impact of weaker foreign exchange rates,’ explained Liberty in the filing.

‘Growth in these revenue streams was partially offset by a decline in race promotion revenue in both the fourth quarter and full year.

‘The fourth quarter decline in race promotion revenue was primarily due to the renewal terms of one contract, and the full-year decline was driven by the impact of renewal terms of two contracts and weaker prevailing foreign exchange rates.’

Liberty also confirmed that digital media revenue was up, as was income from ‘other event-based activities’ to go with higher sales of equipment, parts and maintenance to Formula Two and Formula Three teams.

In addition, Formula One’s overall costs rose in 2019, mainly due to the increased payments to teams. Further spending by Liberty was to cover technical initiatives, and continued delivery of digital and social media products and platforms. There were also increased costs ‘related to the sale of equipment, parts, maintenance and other services provided to F2 and F3 teams and higher FIA fees’, the company added.

Alongside the financial figures, Liberty noted that 2019 saw the aggregate Grand Prix attendance rise two per cent to 4.2 million, Formula One’s social media following increase by 33 per cent to 24.9 million, and cumulative TV viewers go up nine per cent to 1.9 billion.

“F1 continues to benefit from the investments made in the business over the past few years,” he said. “We see this in the strong financial results, viewership, attendance and engagement. 2020 marks the 70th anniversary of the sport, which will provide further momentum.”