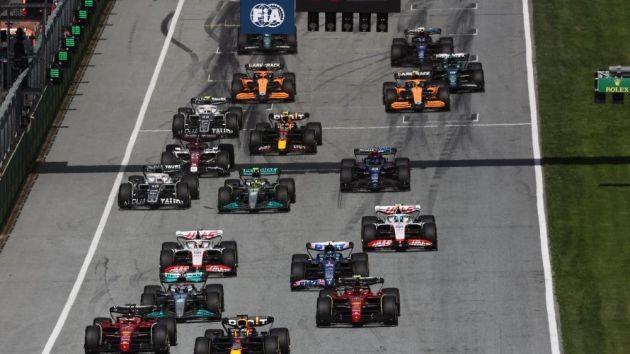 The Formula One global motorsport series has announced it is expanding its sprint events to six from the 2023 season onwards.

Three sprint sessions have featured on the calendar for the past two seasons, having first been introduced in the 2021 campaign, and the World Motor Sport Council (WMSC) confirmed the expansion on 27th September.

Silverstone, Monza, Imola, the Red Bull Ring and Interlagos have all previously played host to the events, but the venues for next season are yet to confirmed.

“I am pleased that we can confirm six sprints will be part of the championship from 2023 onwards, building on the success of the new format introduced for the first time in 2021,” said Formula One president and chief executive Stefano Domenicali.

“The sprint provides action across three days with the drivers all fighting for something right from the start on Friday through to the main event on Sunday, adding more drama and excitement to the weekend.

“The feedback from the fans, teams, promoters, and partners has been very positive and the format is adding a new dimension to Formula One, and we all want to ensure its success in the future.”

Mohammed Ben Sulayem, International Automobile Federation (FIA) president, added: “The confirmation that six race weekends featuring sprint will take place from the 2023 FIA Formula One World Championship season onwards is another example of the continued growth and prosperity at the highest level of motorsport.

“Thanks to close collaboration with Stefano Domenicali and our colleagues at FOM [Formula One Management], we concluded a thorough analysis on the impact of additional sprint sessions and have adjusted relevant parameters of our work to ensure that they continue to be regulated at the very highest level.

“Sprint sessions provide an exciting dynamic to the race weekend format and have proven to be popular over the past two seasons – I am sure that this positive trend will continue and am pleased that the [WMSC] has today given its approval for them to go ahead.”

Stefano Domenicali’s comments from earlier this year were, on the surface, a proclamation of the popularity of Formula One at the moment. 30 races is, after all, unrealistic. Right?

Yet, the announcement of Formula One’s record-breaking 24-race calendar has barely been given room to breathe before six sprint events have been added to next season. Domenicali’s prediction has technically come true, with the six additional shorter races giving us 30 lights-to-flag events to watch in 2023.

The move seems to heighten the disconnect between fans and Formula One that has been building recently, with Domenicali claiming “the feedback from fans…has been very positive”. In reality, the response to the news has been largely negative.

News outlet Motorsport.com and digital channel WTF1 have both posted unofficial polls on Twitter in the last 24 hours to gauge fan opinions on how many sprint events they want in a season.

Even with its younger audience, WTF1’s most popular answer was ‘zero’ at 39 per cent, while the more traditional Motorsport.com sees 60 per cent of its respondents answering similarly. Is this really a move for the fans?