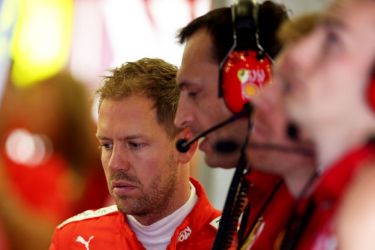 Formula One racing team Ferrari are in talks with US streaming giant Netflix over their involvement in a second championship docuseries, while the Italian manufacturer could also make its debut in the F1 esports series.

Team principal Mattia Binotto confirmed that the Italian racing manufacturer has shown interest in both projects, though told reporters on Friday that the team had not come to a final decision on its involvement.

Ferrari, as well as Formula One rivals Mercedes, rejected an invitation to feature in the ten-part, fly-on-the-wall series, Drive To Survive, which gave Netflix access to the daily workings of the other eight teams throughout the 2018 campaign.

Speaking ahead of the weekend’s Spanish Grand Prix , Binotto said: “It’s certainly an interesting programme. We were not participating last season as Ferrari.

“We are considering it at the moment. We have not taken our final decision, so it’s something we will do in the next few weeks.”

Binotto also confirmed that Ferrari are in discussions with Formula One around the prospect of entering the F1 Pro Series, the motorsport series’ official esports competition, which began qualifying for its third season last month.

As the only Formula One team not yet involved in the series, Ferrari have so far abstained from gaming, while Garry Cook, executive chairman of Gfinity, the series’ operator, last year claimed that Ferrari considered themselves “a set above the rest” when it came to esports.

Binotto continued: “Esport is increasing in terms of interest and certainly as Ferrari we are looking seriously into it.

“We are not yet fully committed to the programme but it’s something where the discussions are ongoing and we will very soon make our own decision.”