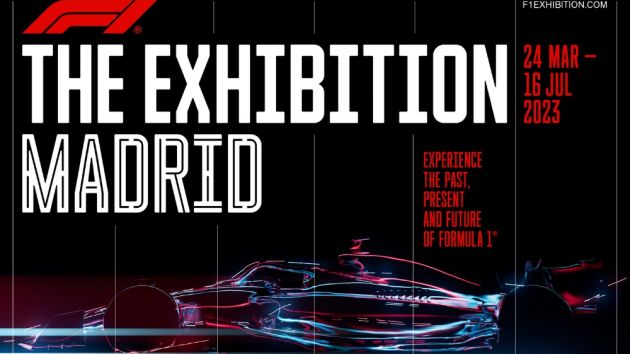 Formula One has announced a first-of-its-kind exhibition will open next year in Madrid on 24th March.

Hosted at Ifema (Fair Institution of Madrid), it will run until 16th July 2023. Developed in association with Formula One, the show will display a range of never-before-seen artefacts and contributions from the sport's most legendary teams, experts and personalities.

Produced in partnership with Round Room Live, the exhibition is delivered across six purpose-built rooms, each specially designed in collaboration with award-winning artists, filmmakers and craftspeople. The show uses bold, technology-led design features and large-scale interactive displays to lift the lid on Formula One’s past, present and future.

Several years in the making, the 90-minute experience neatly combines spectacular audio-visual design, rare film and imagery, engineering and educational displays, sculptural pieces and iconic Grand Prix cars to deliver an immersive experience for everyone - from avid followers to younger fans and families.

“The opening of this spectacular exhibition marks a significant moment in the history of Formula One,” said Stefano Domenicali, president and chief executive of Formula One.

“As the sport continues to grow at an exponential rate, it’s vital that our fanbase remains at the forefront of everything we do. Launching this world-class international exhibition allows more fans around the world to fall in love with F1, while providing the perfect platform for us to honour the sport’s incredible history.

I want to thank everyone who has contributed to this project and helped to build an exhibition that captures the heart and soul of the sport we all love.”

Timothy Harvey, lead curator & producer, added: “To curate and produce the world’s first official Formula One Exhibition has been a huge honour. This show takes fans behind the curtain of Formula One, providing a new range of fascinating perspectives and unexpected stories about the sport.

“We have been overwhelmed by the support of so many of the F1 teams and luminaries. I believe the show celebrates Formula One’s rich history and heritage in a dramatic and fun way that will engage everyone from avid fans to young kids and families. It’s been many years in the making and now I can’t wait to open the doors in Madrid!”