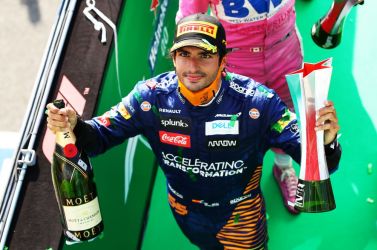 Telefónica has renewed its broadcast rights agreement with Formula One, keeping the motor racing series on the Spanish telco’s Movistar+ digital TV subscription service until the end of 2023.

Under the terms of the deal, Movistar+ also gains additional rights across its digital platforms and social channels and will continue to air its weekly Formula One magazine show Vamos Sobre Ruedas.

Ian Holmes, Formula One’s director of media rights, said: “We’re thrilled to extend our partnership with Movistar+ as they continue to provide outstanding and in-depth coverage of the sport.

“Spain is an important market for us, especially with such brilliant Spanish talent growing in the championship like Carlos Sainz and Fernando Alonso making his much anticipated return next season.”

Juan Andrés García Ropero, Movistar’s sports director, added: “For Movistar to be able to extend our relationship with the F1 is great news. F1 is one of the most in-demand competitions from our customers.”

The renewal comes less than a fortnight after Telefónica confirmed a multi-year expansion of its rights partnership with the National Basketball Association (NBA).

That deal sees Movistar+ retain live coverage of hundreds of NBA games per season until the end of the 2023 season.