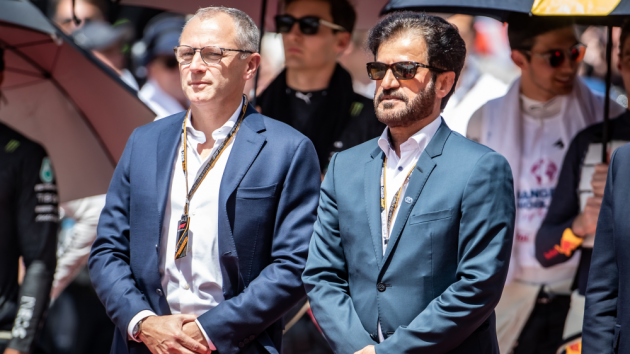 Formula One chief executive Stefano Domenicali has assured traditional European races will not be dropped from the calendar in favour of expanding into Asia or Africa.

Rumours have swirled this season that either the French Grand Prix or Belgian Grand Prix could be cut as the series looks to new markets.

Doubts also remain over the future of the Monaco Grand Prix, with no contract currently in place for the streets of Monte Carlo to host a race next season.

The International Automobile Federation (FIA) regulations dictate that no season can exceed 24 races, however this cap was only recently increased from the previous limit of 23.

Domenicali has previously suggested that there is enough interest from potential circuits to have 30 races in the calendar, although this was most likely a statement of just how popular Formula One is at the moment, rather than a sign of the series’ intentions.

This season has already seen the launch of a new race in Miami, which will be supplemented by the debut Las Vegas Grand Prix next year.

Furthermore, Domenicali said recently that Formula One is looking to return to South Africa sooner rather than later.

“There are areas of the world that want to have Formula One, and I think one area we want to develop is the African area,” Domenicali said at the Financial Times’ recent Business of F1 Forum.

“We are working very hard to make sure of this scenario, where we are going to have a Grand Prix soon, and then there is the interest of the Far East.

“But we don’t want to lose the interest, of course, of Europe. We were born here and we will stay here.”

This is a clear suggestion the sport will keep a foothold in Europe, but there is no denial that some races will have to make room for the planned expansion.

Chloe Targett-Adams, global director of race promotion for Formula One, added: “We are a global sport, we need global traction. A foothold in Africa is something we’ve been working on for many years now.

“The US is still very much in our sights, and Africa and Asia I think is where we need to be.”

While the US remains a clear target in this context, the chances of another American team joining the grid any time soon appears to be diminishing.

Reports surfaced at the Miami Grand Prix that Michael Andretti was lobbying team principals to accept the historic American team onto the Formula One grid.

However, comments from team principals at the time were mixed, and now Domenicali has cast further doubts on those plans.

“[The teams] are very solid [financially]. That is something that is a great reward for them. They have invested in us and, therefore, we think the community should be respected,” said Domenicali.

He also went further to say that “if someone wants to join, it has to be really significant”, which would suggest the series sees the big names of Audi and Porsche as a much more attractive proposition.