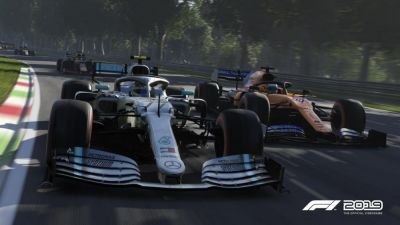 Global motorsport series Formula One has launched a new F1 Esports Virtual Grand Prix series to allow fans to keep watching races virtually, in the wake of the 2020 season being heavily disrupted by the coronavirus outbreak.

Covid-19 has so far seen Formula One postpone races in Australia, Bahrain, Vietnam, China, the Netherlands and Spain, while the Monaco Grand Prix has been cancelled completely after organisers said it would be “not possible” to rearrange the event.

Now, the sport has turned to esports to fill the void left by the mass disruption. The gaming series will feature a number of Formula One drivers, beginning on 22nd March with the Virtual Bahrain Grand Prix. Every subsequent race weekend will see the postponed real-world race replaced with a Virtual Grand Prix. Tracks not available in the 2019 official Formula One PC video game, developed by Codemasters, will be replaced with an alternative Grand Prix.

The series is scheduled to run until May, but will be extended beyond that month if the suspended season continues further.

The Formula One drivers competing will be joined on the grid by a host of stars, set to be announced in due course. Competitors will race remotely, with a host broadcast coming live from the Gfinity Esports Arena in London.

The broadcast, which will be available on the official Formula One YouTube, Twitch and Facebook channels, is expected to run for one-and-a-half hours, including qualifying to determine grid positions.

The Bahrain Virtual Grand Prix on the Sakhir track will be scaled back to last 28 laps. Game settings will be configured to account for the varying gaming skillset amongst the drivers.

No official World Championship points will be awarded over the course of the gaming series.

During non-race weekends, Formula One will host online exhibition races, where fans from around the world will be given the chance to go head-to-head with its drivers, with more details arriving in the coming weeks.

“We are very pleased to be able to bring some light relief in the form of the F1 Esports Virtual GP, in these unpredictable times, as we hope to entertain fans missing the regular sporting action,” said Julian Tan, Formula One’s head of digital business initiatives and esports.

“With every major sports league in the world unable to compete, it is a great time to highlight the benefits of esports and the incredible skill that’s on show.”

Frank Sagnier, chief executive of Codemasters, added: “With sporting events currently on hold around the world, it’s great that the official F1 video game can help fill the void by bringing together an exciting line-up of talent to race online during the postponed race weekends. It’s going to be competitive, action-packed, and a lot of fun for everyone involved.”

Formula One joins the likes of Nascar in jumping on the esports bandwagon to entertain fans, after the US stockcar racing series launched the eNascar iRacing Pro Invitational Series earlier this week, which will also feature some of its drivers.

The announcement also comes after Red Bull’s Max Verstappen and McLaren’s Lando Norris scored impressive digital viewing figures when they turned to simulation titles in the wake of the postponed Australian Grand Prix.