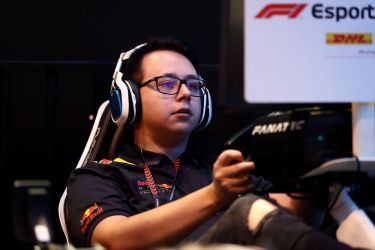 Formula One has renewed its partnership with video games developer Codemasters for a further five years from 2021, extending its already 12-year relationship with the UK software company through 2025.

As part of the new agreement, Codemasters may also have the option to continue as Formula One’s gaming partner for the 2026 and 2027 seasons, having held exclusive rights to produce the FIA Formula One World Championship gaming series since 2008.

The agreement represents the longest extension in the partnership's history, coming alongside the expansion and success of the F1 Esports Pro Series, which is now into its third edition and attracted 5.5 million TV and digital viewers last season.

Frank Arthofer, Formula One’s digital and licensing director, said: “Since 2008, Codemasters has been an invaluable partner to the franchise, consistently creating games of the highest quality and enabling fans to get even closer to the world of F1.

“Together, we share a common vision for increasing the global appeal of Formula One and the official video game of the FIA Formula One World Championship continues to be a key part of that strategy.”

Under the terms of the new agreement, Codemasters will pay a higher minimum guarantee to Formula One, which will then increase each year following the 2020 season. These increases will, on aggregate, equate to a compound annual growth rate of roughly 12 per cent between the 2019 and 2025 games.

In return, Codemasters will receive advertising inventory and marketing support, including trackside advertising at Grands Prix and a stronger presence on Formula One's fast-growing digital channels. Codemasters will also work more closely with the championship to explore additional revenue opportunities.

Codemasters’ chief executive Frank Sagnier said: “The renewed long-term agreement with Formula One is a testament to our successful partnership. The increased size and scope of the deal reflects our common ambitions to take the business to the next level.

“The growing number of addressable platforms combined with increased marketing support from Formula One Management (FOM), and the continued shift to more profitable digital sales and services, give us full confidence we can, not only continue to thrive as the number one sports racing game, but also as one of the top global sport gaming franchises.”

Since Liberty Media acquired the championship in 2017, Formula One has experience growth in popularity via its social channels, including a 193 per cent increase in followers to 23.8 million.