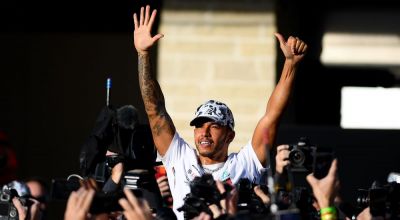 Global motorsport series Formula One has extended its US rights deal with Disney-owned sports broadcasting giant ESPN until 2022.

As part of the new deal, ESPN Deportes will also become the exclusive Spanish language home of Formula One in the US starting from 2020.

The agreement will see all Formula One races continue to air live on either ESPN, ESPN2 or sister network ABC, while all practice and qualifying sessions will be shown both live and on-demand across the network’s platforms.

ESPN will continue to air the races commercial-free and will once again partner with Sky Sports to bring the UK broadcaster’s presentation of Formula One to viewers in the US.

In addition, ESPN will continue its coverage of the Formula Two and Formula Three championships, as well as the Porsche Mobil 1 Supercup.

ESPN has been showing Formula One since 2018 when it replaced NBC as the series’ US broadcasting home of the series. Since then, the championship has seen an uptick in viewing figures in the country, with this season’s coverage averaging 671,000 viewers through 18 races, an increase of 19 per cent at the same time last year and a rise of 24 per cent on the NBC average in 2017.

Burke Magnus, ESPN’s executive vice president of programming and scheduling, said: “When we brought Formula One back to ESPN two years ago, we had faith that Formula One fans in the United States would support the coverage. That faith has been rewarded many times over, and we greatly appreciate how fans have responded in record numbers.”

Formula One has earmarked the US as one of its key markets since Liberty Media assumed control of the series in 2017. As well as the US Grand Prix in Austin, Texas, there are also plans to introduce a new race at Miami’s Hard Rock Stadium from 2021.

Sean Bratches, managing director of commercial operations at Formula One, added: “The US is one of our key focuses for growth and ESPN know and understand the US sports audience like no one else. The combination of their dedicated coverage and Formula One’s amazing racing spectacle is a perfect partnership for us to build on our recent success with US audiences.”

The announcement came ahead of this season’s US Grand Prix, which saw Britain’s Lewis Hamilton secure his sixth drivers’ championship.