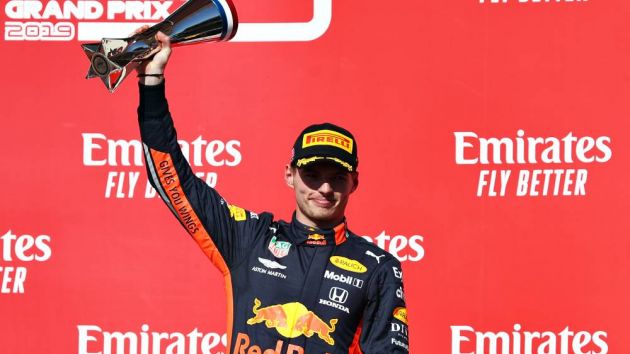 ESPN wants to continue its partnership with Formula One beyond the 2022 season, according to John Suchenski, the US broadcaster's director of programming and acquisitions.

After Liberty Media's acquisition of the global motorsport series in 2017, ESPN replaced NBC as the sport’s US broadcasting home the following year. While the Disney-owned network has had to contend with the arrival of Formula One’s dedicated over-the-top (OTT) streaming service, F1TV, viewership continues to increase on ESPN.

For the 2019 season, the network grew its Formula One viewership by 21 per cent, clocking up an average 671,000 viewers for each of its live broadcasts. This year, its live race coverage has also surpassed one million viewers for the French and British Grands Prix.

Now, Suchenski has told the Racer news outlet that he is keen to extend ESPN's broadcast contract with Formula One beyond the current deal, which runs until the end of the 2022 campaign.

"We obviously would love to continue to partner with F1 long term on this, and continue to grow the sport here and their property in the US," Suchenski said.

"So we’re hopeful. We have nothing obviously to announce at this time on that front. We still have the rest of the season to get through as well as next season. But we’re definitely hopeful that we can continue our great partnership with them.

"They’re obviously very pleased, as are we. It’s a great mutual partnership and something that we hope can continue for many years into the future."

Suchenski also said he believes that ESPN will help Formula One's growth in the US as the series prepares to race in Miami for the first time in 2022, joining the existing US Grand Prix in Austin, Texas.

"We have regular dialogue on [how ESPN can help]," he added.

"They’re very transparent with us on what they are planning this year. We partner with them on what they did in LA and Miami earlier this year, we’re looking to partner again with them in Austin, so we use our outlets to help push their messaging and stuff. So that’s one way. Obviously, they’re very good at what they do on their own as well, too.

"I think they can reach the core fans more so maybe than even we can, and them continuing to do that is great. And I think what they’ve been doing thus far has been really good and I certainly think it’s helped contribute to what we’ve seen with the growth for this year and everything."