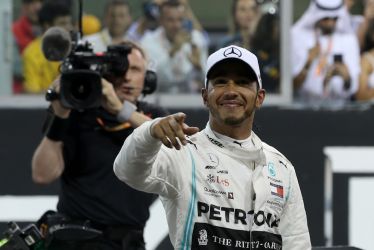 US pay-TV network ESPN grew its Formula One viewership by 21 per cent during 2019, registering an average 671,000 viewers for each of its live broadcasts across the 21-race season.

The figures, released by the Disney-owned broadcaster following the series’ finale in Abu Dhabi on 1st December, mark consecutive years that the series’ viewership has grown in the US.

“This was a fantastic season for Formula One on our networks,” said Burke Magnus, ESPN’s executive vice president for programming and scheduling. “The viewership increases and event records demonstrate that the core Formula One fans in the US are tuning in and new viewers are watching as well.”

ESPN’s championship ratings also showed a 75 per cent increase in viewers between the ages of 18 and 34 compared to 2018, and also represents an 89 percent increase since 2017.

In November, Formula One owner Liberty Media extended its US rights deal with the ESPN until the end of the 2022 season, which will see live coverage continue to air on ESPN, ESPN2 and the broadcaster’s sister network ABC.