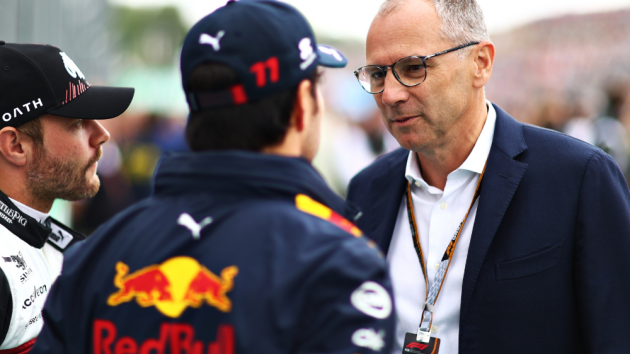 Formula One chief executive Stefano Domenicali believes that Volkswagen-owned Audi and Porsche potentially joining the global motorsport series will give it credibility.

While the pair’s entry into the sport from 2026 is still to be confirmed, Porsche is reportedly on the verge of purchasing a 50 per cent stake in Red Bull Racing. Audi, meanwhile, purportedly remains in negotiations with Sauber Motorsport, which owns the Alfa Romeo Formula One team, over a 75 per cent stake.

“In terms of what is the benefit [of Audi and Porsche joining Formula One], the benefit is credibility,” said Domenicali, who was speaking on Liberty Media’s earnings call for the second quarter, a period which saw Formula One’s revenue increase 49 per cent year-on-year to US$744 million.

The 57-year-old added that the series could help the Audi and Porsche “find new ways of being present in the market”.

As well as Audi and Porsche, Michael Andretti wants his Andretti Autosport racing outfit to join the grid by 2024, though several team bosses have voiced reservations. The two Volkswagen-owned brands, however, offer a different proposition given their size and scope. Mercedes Formula One’s team principial and chief executive Toto Wolff is among those within the series who believe Audi could deliver additional value.

“I think that whoever joins as the 11th team, whoever gets an entry, needs to demonstrate how creative they can be for the business,” Wolff told Motorsport.com.

“Andretti is a great name, and I think they have done exceptional things in the US. But this is sport and this is business, and we need to understand what it is that you can provide to the sport.

“And if an OEM [original equipment manufacturer] or an international, multinational group joins F1 and can demonstrate that they are going to spend X amount of dollars in activating, in marketing in the various markets; that’s obviously a totally different value proposition for all the other teams.”