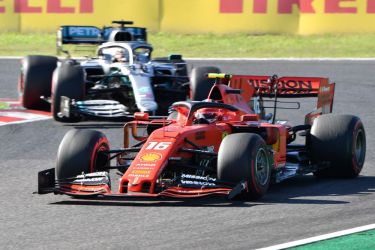 Saudi Aramco, Saudi Arabia’s largest oil company, has secured naming rights to the US, Spanish, and Hungarian Grands Prix for the 2020 Formula One season, as part of a long-term deal to become the racing series’ sixth global partner.

The deal will also see Aramco gain trackside branding during most of the Formula One races, as well as global broadcast exposure alongside DHL, Emirates, Heineken, Pirelli, and Rolex. The move marks Aramco’s first in global sports sponsorship.

The collaboration is designed to identify opportunities for advances in sustainable fuels, forming part of Formula One’s ambitious plans announced last November to have a net-zero carbon footprint by 2030.

Formula One and Aramco will also work together on building enhanced engine efficiencies and emerging mobility technology.

Formula One’s chief executive Chase Carey said: “We are looking forward to sharing our combined expertise and working with Aramco on technological innovation and we will benefit hugely from its capabilities and expertise in the fuel and energy sector.”

Aramco’s chief executive Amin H Nasser added: “We are excited to partner with Formula One, a strong global sports brand with millions of fans around the world.

“As the world’s largest energy supplier and an innovation leader, we have the ambition to find game-changing solutions for better-performing engines and cleaner energy. Partnerships like these are important to help us to deliver on our ambitions.”

Staying with Formula One, the series has also signed a four-year licensing deal between 2022 and 2025 with UK games developer Frontier Developments to create and publish the global motor racing championship’s official simulation management games.

Frank Arthofer, Formula One’s director of digital and licensing, said: “Games are an important part of the F1 media ecosystem. This new manager franchise will allow fans to experience the challenging management aspects of the sport through immersive simulation games, and make that experience as accessible as possible for a broad audience.

“We have huge respect for Frontier and their achievements in the management simulation category, and are thrilled to be working with them for the 2022 season and beyond.”