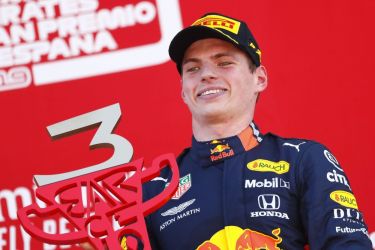 Formula One is set to bring a Grand Prix back to the Netherlands for the first time in 35 years in 2020, according to the BBC.

The global motorsport series will return to the Zandvoort circuit for the first time since 1985, likely replacing the Spanish Grand Prix, taking place in early May.

Formula One chief executive Chase Carey told the BBC: “I don't preview announcements. We'll announce it when we announce it on Tuesday."

The addition of the Dutch Grand Prix would mean there will be two new races on the Formula One calendar in 2020, with a Vietnam circuit already confirmed for next season.

Dutch driver Max Verstappen is one of Formula One’s rising stars and the series will likely be looking to utilise his popularity to engage with fans in his home market.

The return of the Dutch Grand Prix is part of Formula One owners Liberty Media’s efforts to increase the number of races per year.

Five races are out of contract at the end of the current Formula One season - Britain, Germany, Italy, Mexico and Spain – and Carey confirmed last week that two events will be replaced on the 2020 calendar.

"We have agreements in principle on two renewals, and are actively engaged on three other renewals,” Carey told financial analysts in a conference call after the release of Liberty Media’s quarterly numbers.

"In addition we have already announced our race in Hanoi, and construction has begun on the track and facilities.”

He continued: "In addition to Hanoi, we also have an agreement in principle to add another new circuit to our calendar in 2020.

"Obviously the math means that we will not be able to renew all our current races."

Sean Bratches, the managing director of commercial operations at Formula One, recently said at SportsPro Live 2019 that there have been discussions over a potential race in South Africa.

Elsewhere, the series has made no secret of its desire to bring an additional US race to Miami despite. However, the planned Miami street circuit has taken several hits and focus has switched to a new purpose-built location next to the Hard Rock stadium, home to National Football League (NFL) franchise Miami Dolphins.