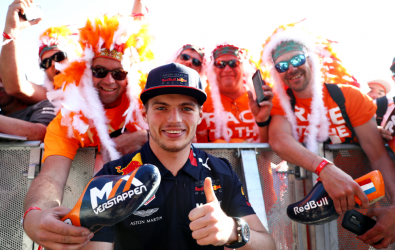 Global motorsport series Formula One has confirmed that the Dutch Grand Prix will return to its calendar next season for the first time in 35 years.

Starting in 2020, the deal will see the Netherlands’ historic Circuit of Zandvoort host a Grand Prix for at least three years. The track and infrastructure will now undergo renovations in the coming months to ensure it meets the standards for a Formula One race.

It has also been announced that Dutch beer brand Heineken, which is already a global partner of Formula One, will serve as the title sponsor of the event.

The Dutch Grand Prix is the second new event to be added to the Formula One calendar under Liberty Media’s ownership of the series, with a race in Vietnam’s city of Hanoi also set to be introduced from next season.

The three-year partnership was agreed between Formula One and Dutch Grand Prix – a collaboration formed by SportVibes, TIG Sports and the Circuit Zandvoort.

“From the beginning of our tenure in Formula One, we said we wanted to race in new venues, while also respecting the sport’s historic roots in Europe,” said Chase Carey, Formula One’s chairman and chief executive.

“In recent years, we’ve seen a resurgence of interest in Formula One in Holland, mainly due to the enthusiastic support for the talented Max Verstappen, as seen from the sea of orange at so many races. No doubt this will be the dominant colour in the Zandvoort grandstands next year.”

Next year’s event will be the 31st edition of the Dutch Grand Prix. The race was first held in 1952, and last featured on the Formula One calendar in 1985.