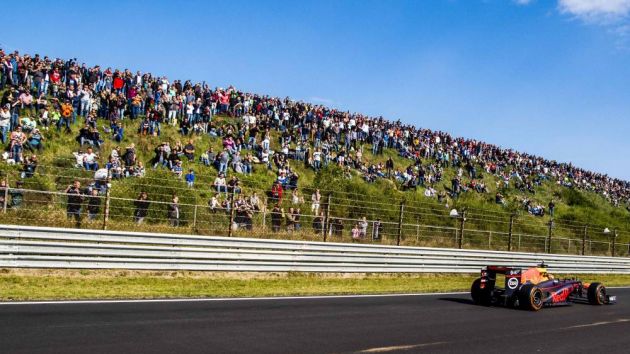 Formula One's Dutch Grand Prix is set to go ahead with 70,000 spectators this year, amid country-wide Covid-19 restrictions.

The Zandvoort-based circuit will only be able to utilise 67 per cent of its capacity following limitations outlined by the Dutch government.

Formula One was set to make the return to Zandvoort in 2020 but it was pushed back due to the pandemic. This time, the initial May slot was swapped to September to improve the chances of maximum spectator attendance.

Despite stating that the race would only go ahead if the full 105,000 capacity venue was filled, organisers have chosen to take the financial risk rather than postponing the event for a second consecutive year.

"For me, the glass is two thirds full," said Jan Lammers, Dutch Grand Prix sporting director. "We're just going to do it.

"The three companies behind the Dutch Grand Prix, Circuit Zandvoort, SportVibes and TIG Sports, have decided to invest in the future of Formula One in the Netherlands. The belief in the ambition to organise the biggest Ultimate Race Festival in the world remains the primary goal for the coming years.

"This year, admittedly in a smaller form, but despite that, the battle for the world championship will be fought in a beautiful orange ambiance in the stands."

The Dutch Grand Prix is scheduled to take place on 5th September and will form part of a triple header with the Belgian and Italian Grands Prix.