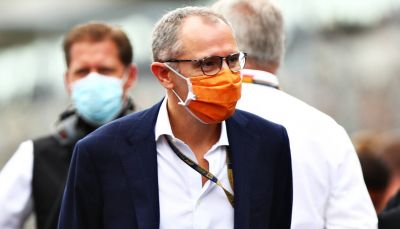 New Formula One chief executive Stefano Domenicali has said the global motorsport series remains focused on adding a second Grand Prix in the United States despite a proposed race in Miami being left off this year’s provisional schedule.

In 2019, a deal was agreed in principle for Miami's Hard Rock Stadium to host a Formula One race in 2021 but the location does not feature on the calendar after a series of local protests. As it stands, October's US Grand Prix at the Circuit of the Americas in Austin, Texas remains the only American race on the schedule.

Domenicali’s predecessor, Chase Carey, made it his priority to come to an agreement to host the Miami race but a formal written agreement was never struck. Nevertheless, Domenicali remains hopeful of securing a hosting deal with a second US promoter soon, with Las Vegas and Indianapolis both currently under consideration alongside Miami.

"America is a work in progress,” Domenicali said in an interview with Autoweek. “I really hope that we can give you a straight answer very, very soon. But, no question, that is a focus. The objective will be to increase to two American races. That is really the target.”

He added: "I cannot say today whether Vegas is better or worse to be honest. We are working very hard on that. Indianapolis is in the equation. That is why it is good we have a lot of elements, but it would be wrong and premature to say anything because otherwise we create expectations that we don’t want to create.

"What I can say is that the focus is definitely there. The big thing we need to change in the US is to feed info every day—more at all levels—with the involvement of the drivers, the teams and the organisers. This is something that we want to do very strongly this year.”

Formula One’s 2021 season is due to begin with the Bahrain Grand Prix on 28th March, with 23 planned races making it the lengthiest schedule in the series’ history.

Last week, following a meeting of the Formula One Commission, the series announced that Portugal’s Portimao circuit - which hosted its first ever Grand Prix in 2020 - is the preferred option to fill a gap in the schedule on 2nd May.

Asked whether the schedule can feasibly increase to the mooted maximum of 25 races, Domenicali hinted that a decision on further expansion could be made later this year.

“The maximum you know is 25,” he told Autoweek. “But that is the theoretical number that has been discussed, but we are not forgetting that this year - the worst in terms of the Covid-19 situation - we are going to have the highest ever number of races. So let’s see how we can react to that.

"There is always a dispute with the calendar: is it too much or too little? I think that the real focus should be whether the races are interesting. Then the balance of the numbers is easy to find. This is why we need to make sure that the races are extremely challenging and emotional because otherwise even three is more than we need.”