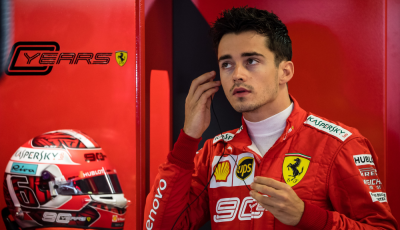 Formula One’s digital media division recorded a pre-tax operating loss of US$2.1 million for the year ending 31st December 2018 despite seeing its revenue more than double to US$22 million.

A financial statement filed by Formula One Digital Media Limited with the UK’s Companies House attributed the US$12 million revenue climb to the launch of new product offerings including the global motorsport series’ F1 TV Pro streaming service.

The revenue figure, up from US$10 million for 2017, also accounts for digital services including sales of the official Formula One app and licensing of online ticketing and merchandise rights.

However, costs related to the development and running of the championship’s various social and digital platforms soared from US$11.3 million to US$20.1 million. Although not directly cited in the filing, the 2018 launch of F1 TV was marred by technical issues, even prompting Formula One chief executive Chase Carey to label the platform’s first year “a beta project”.

Formula One’s digital media division also incurred sub-license fees payable to Formula One World Championship Limited of US$1 million and other operating costs of US$3 million, resulting in the overall operating loss of US$2.1 million.

The figure is down from last year’s operating loss of US$5.4 million and suggests that Formula One’s efforts to transform the sport’s digital offering might soon see the division turn a profit.

The financial statement, filed on September 30th, described the performance of Formula One’s digital division as ‘satisfactory’ and ‘in line with expectations as the company continues to invest in the development of its digital and social media platforms and products’.

Formula One owner Liberty Media has made it a priority to revolutionise the way the sport is presented since taking over the series in 2017. As well as F1 TV, Liberty has also introduced a Formula One esports series and revamped the F1 App.