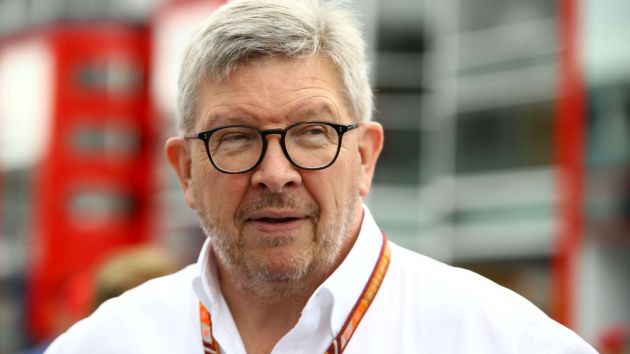 Ross Brawn, Formula One’s managing director of motorsports, has said the series could introduce hydrogen-powered cars as part of efforts to improve sustainability.

Speaking to UK public service broadcaster the BBC, Brawn touched on Formula One’s continued commitment to become carbon neutral by 2030, though said the sport currently has no plans to move away from its hybrid power units, which combine internal combustion and electric engines.

“We have a one-and-a-half-hour race, we have 1,000 horsepower cars, we are the pinnacle of motorsport. You can't get that bang without fossil fuels,” Brawn told the BBC.

He continued: “Maybe hydrogen is the route that Formula One can have where we keep the noise, we keep the emotion but we move into a different solution.”

For now, Formula One is focussing efforts on developing synthetic fuels which use carbon captured from the air, farm waste or biomass. The series’ rules already require that the petrol used in cars contains at least ten per cent biofuel, a proportion that is likely to increase.

However, synthetic fuels and biofuels still produce carbon dioxide, leaving environmentalists to argue that they cannot be considered a long-term solution for tackling global warming.

Brawn has acknowledged that replacing carbon-based fuels will be big challenge for Formula One, noting that the sport is synonymous with speed, power and acceleration. He feels electric power units will not be able to offer that level of performance over a 90-minute Grand Prix.

“We don't want [drivers] looking at power conservation modes and trying to make the battery last long enough to get to the end of the race or saving the battery up so in the last five laps, they can really go for it. That doesn't seem to engage the fans,” he said.

Brawn added that “there is no electric solution today” but admitted Formula One is facing mounting pressure from drivers, teams, manufacturers and fans to improve its eco efforts.

“We can't have a sport which is seen as a dinosaur and out of step. We will always be mindful of that,” says Brawn.

Formula One estimates that only 0.7 per cent of the sport's emissions are from the race cars themselves, compared to almost half coming from the logistical operation that transports equipment and personnel to the races.

A record 23 Grands Prix are pencilled in for this season but Brawn has ruled out cutting the number of races in order to reduce emissions, citing the financial impact this would have on Formula One.

“At the end of the day, we're a business,” said Brawn. “We have to generate income to make this whole thing work, and, obviously, the more races we have, the more profitable it is.”