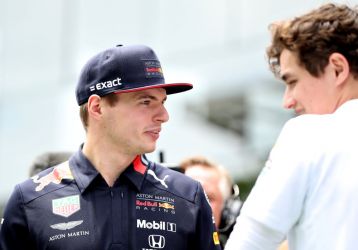 Red Bull’s Max Verstappen took part in the All-Star Esports Battle, organised by Torque Esports, with McLaren’s Lando Norris among several big names to take part in the Not the Aus GP event, organised by the Veloce esports organisation.

According to TwitchTracker, Norris saw his viewership on Twitch jump from an average of 2,000 to a personal best 70,000 viewers as he raced virtually at the Albert Park Circuit.

Darren Cox, Torque Esports chief executive, said: “Race fans around the world are starved of entertainment at the moment, but the beauty of esports racing competition is the fact you can set up events anywhere around the world at any time.

“With the current Covid-19 situation around the world, the ‘stay at home economy’ is surging and Torque Esports is ideally positioned to provide the fan base with compelling virtual versions of real-world motorsport.

“More people watched today’s 'Battle’ online than watch a Formula One race on Sky TV in the UK. That is an incredible statistic.”