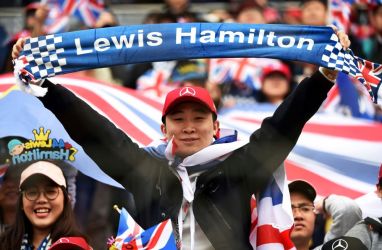 The Formula One Chinese Grand Prix looks set to be cancelled this year, but the event is on course to sign a new deal with the global motorsport series until 2025, according to RaceFans.

With the 2020 race postponed in February, any hopes of rescheduling it look to have faded after China announced earlier this month it would not stage any international sports for the rest of the year, save for trials for the 2022 Winter Olympics.

Formula One had remained hopeful of gaining an exemption from the government, but RaceFans reports that race promoter Juss Event has already accepted it will not happen this year.

Despite the setback, talks on signing a new contract for the Shanghai International Circuit have reportedly progressed and a five-year deal is close to being confirmed. The new agreement is expected to offset costs incurred from the loss of this year’s race.

This year’s race had been due to take place on 19th April. Formula One has visited the Shanghai circuit every year since 2004.

Having finally got its season underway with the Austrian Grand Prix on 5th July, Formula One continues its revised calendar with a trip to Silverstone for the British Grand Prix on 2nd August.