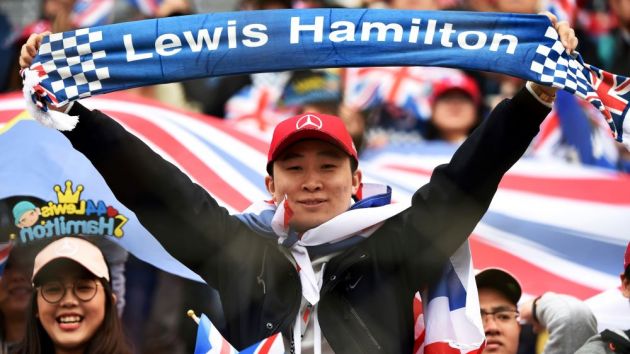 The Chinese Grand Prix in Shanghai is among those being considered by Formula One to host back-to-back races as part of its rescheduled 2020 season, according to the Race.

Having confirmed its updated calendar for Europe last week, which will begin at Austria’s Red Bull Ring in Spielberg with successive races on 5th and 12th July before the Hungarian Grand Prix on 19th July, the global motorsport series is now reportedly looking to further fill the 15-race season.

Shanghai has reportedly emerged as a possible destination to stage two Grands Prix, with Sochi, Russia, as well as Abu Dhabi and Bahrain in the Middle East also said to be in the mix.

According to the Race, Formula One is apparently willing to offer a ‘half-price race-hosting fee for a second event at venues’ to secure a deal.

One potential stumbling block for the proposed double-header is China’s position on international travellers, who are currently banned from entering the country as part of coronavirus prevention measures. Formula One will be hoping China softens its stance, given its Grand Prix’s new provisional date for 2020 isn’t until 4th October.

Failing that, China may make an exception for the series, perhaps similar to what the UK government did by exempting the sport from the requirement of international travellers needing to self-isolate for a fortnight.

Meanwhile, the Hungarian Grand Prix will remain on the Formula One calendar until 2027 after organisers confirmed a one-year extension to their deal.

According to reports, the new agreement also sees a reduction in hosting fees for this year’s event, as well as a cut to the yearly rate rise for its additional race. Both will help ease the financial pressure on the Hungaroring circuit, which will be staging its 2020 Grand Prix being closed doors, wiping out income from ticket sales.

“We have been liaising with Liberty Media how to compensate the missing profit, because organisational cost is not lower in case of a closed event,” said Hungaroring circuit chief executive Gyulay Zsolt.

“We did our best during the discussions to get a good agreement both for the country and the sport even in these challenging times. We cannot say exact numbers, but [the] rights fee is [a] fragment of the one we pay in case of an open event.

“Furthermore, we have achieved an extension in our contract, so now it is valid until 2027 instead of 2026. Yearly increase of the rights fee also has been reduced, so we spared several billions of HUF [Hungarian Forints] for the state. All in all, I can say that we were wise and we spared a lot.”

While the financial compromise from Formula One is a welcome boost for Hungary organisers, Formula One’s motorsport managing director Ross Brawn has said the series is not prepared to prop up struggling race promoters, despite the financial uncertainty brought on by Covid-19.

“So how we arrive at the agreements for the next few years, in some cases some circuits have extended their contract by a year because they’ve lost this year. That gives them that stability.”

Adding: “We’ve been fairly realistic I think in the approach we’re taking. The main focus is ‘how can we make sure you’re here in the future?' But I don’t think that involves propping up promoters in the short term. I don’t think we can do that.”

Meanwhile, Formula One has confirmed its extended partnership with oil and lubricant company Liqui Moly will begin with the season-opening Austrian Grand Prix.

The agreement, first reported in March, sees Liqui Moly step up as an official sponsor of Formula One as part of a three-year deal, having originally signed on as a regional sponsor in 2019.

The fresh partnership will allow Liqui Moly to continue to increase its brand recognition with Formula One fans, and includes track signage at 11 Grands Prix, plus the ability to promote the partnership on a global basis.

“We are delighted to continue our relationship with Liqui Moly and to welcome them as an official sponsor of Formula One,” said Ben Pincus, Formula One’s director of commercial partnerships.

“The fact that the partnership has grown beyond a successful first year, proves the value in terms of brand awareness and preference. We look forward to continuing to explore ways to further integrate Liqui Moly into the F1 ecosystem.”