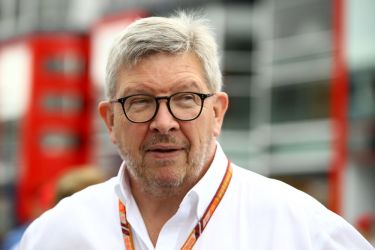 Formula One’s sporting director Ross Brawn says the global motorsport series will look to reschedule the Chinese Grand Prix if the coronavirus outbreak means it cannot be held on its original date.

The race is due to be staged in Shanghai on 19th April but the situation in China looks likely to see the Grand Prix cancelled over safety concerns, with the virus having caused the deaths of more than 560 people so far.

A number of high-profile sporting events in China have already been postponed, including the World Indoor Athletics Championships and the Formula E all-electric racing series ePrix in Sanya.

Speculation has been growing that Formula One will follow suit and Brawn has confirmed that the race could be moved if “it doesn’t happen in April”.

He said: “We will leave open the opportunity to see if the race can run later in the year. China is an enthusiastic, growing market so we'd like to have a race in China.

“It looks very difficult, we're waiting for the Chinese promoter and authorities to make the final decision, which I think they will.

"They have cancelled all the public events in March, so no public sporting events or activities.

"It is a tragic and very difficult situation. I think it'll become clear in the next week or two what's going to happen."

The issue was reportedly considered at a recent Formula One strategy meeting, however no conclusion was arrived at. Instead the series is currently waiting for Chinese authorities to make a decision on the event.

The last time one of the series’ races was postponed was in 2011, following Arab Spring uprisings. The race was eventually cancelled after teams objected to the rescheduling of the event.

British newspaper the Daily Mail has reported that the inaugural Vietnam Grand Prix, set to be held two weeks earlier than the scheduled race in Shanghai, could also fall victim to the coronavirus outbreak.

If both were cancelled, there would be a gap of over a month in the Formula One calendar, between the Bahrain Grand Prix on 22nd March and the Netherlands race on 3rd May.