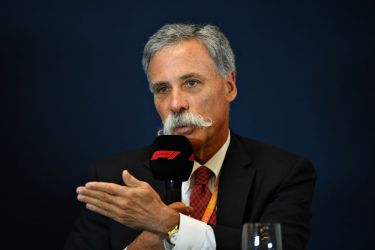 Formula One chief executive Chase Carey has admitted that it has been harder than expected for the global motor racing series to agree major sponsorship deals, but says that interest from potential partners is now on a “steady rise”.

Since purchasing Formula One in September 2016, new owners Liberty Media made clear their intentions for a commercial shake up in the sport, including bringing in more revenue from sponsors.

But Carey and his colleagues have been left frustrated in their efforts to add to Formula One’s global partners list. Currently, DHL, Emirates, Heineken and Rolex sit at the top of the series’ sponsorship table. All those deals were struck by previous owner Bernie Ecclestone.

Reports suggest that a new brand could be announced for next season, but one new addition since Liberty took control falls way short of expectations.

Carey attributes the lack of new sponsors to a poor marketing setup when Liberty came in.

“Our cupboard was pretty bare, because we didn't really have a sponsor group,” he told Motorsport.com. “We hadn't created any tools. We hadn't created capabilities to tell the story of F1, to create some excitement.

“I think you need to tell that story, and you need to develop tools. Sponsors want partnerships that are more tailored uniquely to them. In the past signs on a wall worked fine, that doesn't work now.

Despite the slow start, Carey insists lessons have been learned, putting Formula One in a far stronger position to secure long-term, lucrative partnerships.

“The traction with interested sponsors has been on a steady rise, we've never been busier. I've got a three page back list of sponsors we're engaged with,” he said.

“Certainly, I'd say we feel we have gotten progressively better, as we've gone along. So while it's been slower and harder than I would have planned it to be a couple of years ago, I think that in many ways is the nature of where we started, and we started really from ground zero.”