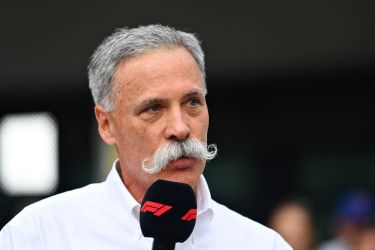 Formula One’s chief executive, Chase Carey, has given an update on the global motorsport series’ 2020 season, which has been heavily disrupted by the coronavirus pandemic.

So far, the Covid-19 outbreak saw Formula One cancel its opening Australian Grand Prix, originally set for 15th March, while scheduled races in Bahrain, Vietnam, China, the Netherlands, Spain and Azerbaijan have been postponed. The iconic Monaco Grand Prix has also since been cancelled completely after organisers said it would be “not possible” to rearrange the event.

With the greenlights yet to go on the 2020 campaign, Carey has now released a statement clarifying Formula One’s position as it looks to return to the track later in the year.

‘We recognise there is significant potential for additional postponements in currently scheduled events, nonetheless we and our partners fully expect the season to start at some point this summer, with a revised calendar of between 15-18 races,’ Carey said.

‘As previously announced we will utilise the summer break being brought forward to March/April to race during the normal summer break period, and anticipate the season end date will extend beyond our original end date of 27-29th November, with the actual sequence and schedule dates for races differing significantly from our original 2020 calendar.

‘It is not possible to provide a more specific calendar now due to the fluidity of the current situation but we expect to gain clearer insights to the situation in each of our host countries, as well as the issues related to travel to these countries, in the coming month.’

Coronavirus has also affected Formula One off the track. The series’ owners Liberty Media have agreed in principle to delay the planned 2021 technical regulations for another year after pressure from teams, who have had to shut down their factories that produce the next-generation cars.

For Carey, the current gap in the calendar offers the series a chance to ‘evolve the sport’ as it looks to offer different forms of Formula One content to fans while the season is on hold.

‘That may include initiatives such as expanding our esports platform, developing more innovative content like Netflix's Drive to Survive, and other creative ways to drive ongoing value for the sport’s sponsor partners, broadcast partners, race promoters, teams and fans – the ecosystem of our fantastic sport,’ he continued.

According to the Esports Charts analytics agency, viewership for Formula One’s inaugural Bahrain Virtual Grand Prix last weekend averaged 289,000 concurrent streams and peaked at 359,000. That included 199,000 on YouTube, 180,000 on Twitch, and 18,000 on Facebook.

‘Formula One, the teams and the FIA, working with our key stakeholders, we are planning and fully committed to returning to the track at the earliest opportunity to commence the 2020 season,’ Carey concluded.

‘We will continue to take advice from health officials and experts, as our first priority continues to be the safety and health of our fans, the communities we visit and those within the Formula One family.’