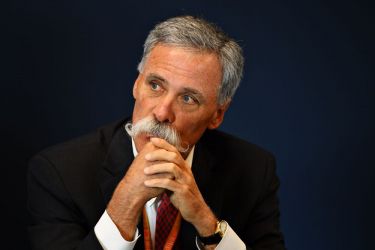 A Miami Grand Prix appeared to be edging closer after Formula One confirmed an agreement last October to stage the new race at Hard Rock Stadium in May 2021, pending approval from Miami-Dade County.

However, in the face of local opposition, county commissioners later passed resolutions ensuring a public hearing before the event could be approved and another allowing local authorities to prohibit road closures for the event.

Subsequently, commissioners did not vote down the proposals and this has allowed Stephen Ross, owner of the Hard Rock Stadium and the National Football League’s (NFL) Miami Dolphins who play there, to proceed with plans to build the circuit within the venue’s grounds.

Despite this progress, Carey has admitted his frustration over the delays, especially given Liberty Media’s long-held ambition to introduce a second US Grand Prix.

“We knew the US was going to take time. On one level, yes, it is clearly taking longer than we would have hoped,” Carey told Autosport. “I think it's frustrating on one level because we've spent as much time and there seems to be always some degree of ongoing complexity.

“I think the reality is that the US for us, to really build it, it's a five-year-plus timeframe. We said all along the US isn't going to change our world in two to three years. The goal is really in five to ten years from now, the US becomes a meaningful market for us. In that context, 12 months it isn't that big a deal, but that doesn't mean it's not frustrating as you continue to go through it.”

Speculation has grown that Formula One may now turn its attention to the Indianapolis Motor Speedway. This has been fuelled after Roger Penske completed his purchase of the circuit and has been linked with a move to bring Formula One back to Indianapolis. The city last hosted the US Grand Prix between 2000 and 2007.

Carey, though, did not confirm any talks with Penske, but did confirm there was interest from the IndyCar Series owner.

“I know the Penskes, I've had contact with the Penskes, I knew them before they bought Indianapolis,” Carey said. “But again I probably wouldn't comment on conversations. I'm aware of the interest.

“It's obviously an iconic track for world racing. It's part of the Triple Crown: Monaco, Le Mans and Indy. So it speaks to what that track means. It's a special track for the motorsports world.”

Staying with Formula One, the rebranded AlphaTauri team have extended their partnership with RDS, the Japanese design and technology company.

The two first teamed up during the 2019 season, back when the Italian-based team was known as Toro Rosso. As part of the deal, for which the length and financial details have not been disclosed, RDS will continue to receive brand exposure on the front wing of AlphaTauri’s race cars.

“Here at RDS we pride ourselves on an innovative approach to design and technology, all of which are fundamental to success within the ultra-competitive world in which we operate as well as, of course, in F1,” said RDS chief executive Anri Sugihara.