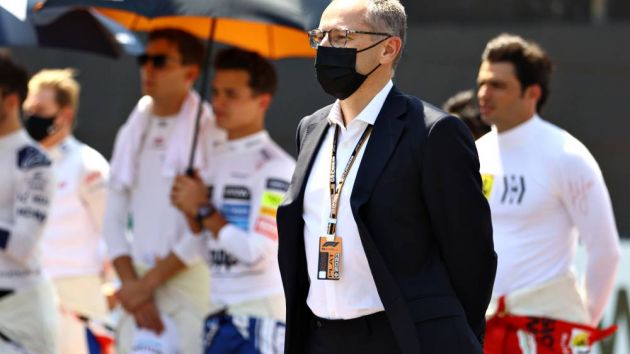 Formula One's chief executive Stefano Domenicali has said he believes that races in Qatar and Saudi Arabia will help advance human rights in those countries.

For the first time this season, the series is set to race in Qatar and Saudi Arabia, locations which have faced criticism for their human rights records.

Speaking to BBC Sport, Domenicali confirmed that Formula One's agreements with both races guarantees that the countries must respect human rights in activites associated with the series. If not, Formula One has the right to break its contracts with the Qatar and Saudi Arabian Grands Prix.

"Such an important change cannot happen overnight. It is a cultural change that will take time," said Domenicali.

"But the timing will be accelerated by the fact big events are there and Formula One will play an important role in that respect.

"If you look pragmatically at what they are doing, in terms of for example women, they have women in prominent positions in the organisation, they are working and respecting the regulations.

"I believe the spotlight we are bringing will be beneficial for the will and the wishes of change that these countries are showing.

"I don't believe that shutting countries off and saying we don't want to be there will help the situation to improve. Actually, it will be the opposite.

"It doesn't mean everything is perfect, but for sure what we are doing and what we are signing off is headed in the right direction."

Additionally, Formula One has installed independent auditors to ensure human rights are being maintained in the construction of Saudi Arabia's new street circuit, located in Jeddah.

Human rights organisation Amnesty International stated that Formula One needs to speak up during its races in Qatar and Saudi Arabia to demonstrate its commitment to the improvement of human rights.

Amnesty International said in a statement: 'Rich countries in the Middle East have long seen elite sport as a means to rebrand and 'sportswash' their images, and the Grand Prix races in Qatar and Saudi Arabia fit into this mould.

'Both of these countries have extremely troubling human rights records - from Qatar's systemic mistreatment of migrant workers and its draconian curbs on free speech, to Saudi Arabia's sweeping crackdown on human rights activists and the notorious murder of the journalist Jamal Khashoggi.

'In using the glamour and razzmatazz of Formula One to try to distract attention from human rights abuses, Qatar and Saudi Arabia will hope there's little to no discussion of human rights issues around these races - something that must not be allowed to happen.

'Formula One, the drivers and their teams should be prepared to speak out about human rights in Qatar and Saudi Arabia in the lead-up to the races, doing their bit to break the spell of sportwashing and its intended image-management.

'In particular, Formula One should ensure that all contracts for these races contain stringent labour standards across all related supply chains and infrastructure development projects, and its spokespeople - from Stefano Domenicali down - should use their influence to push for human rights improvements in both countries.'

However, officials representing the Qatar and Saudi Arabian Grands Prix have both said they are committed to improving their human rights records, citing the benefits that Formula One will offer in that regard.

A statement from the promoter of the Saudi Arabian Grand Prix read: 'One of the main aims of hosting this event is to leverage the power of Formula One to empower all men and women in the kingdom and to use it as a means of promoting further progress to unlock the talent and potential of all our people.'

A Qatari official told BBC Sport: "As with other international sporting events hosted in Qatar, the partnership with Formula One will support economic diversification, encourage local participation in sport and serve as a catalyst to accelerate reforms.

"Qatar has embraced the spotlight that comes with hosting international sporting events and is using it to make positive and lasting changes."