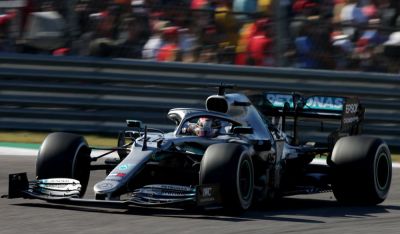 Global motorsport series Formula One has announced plans to have a net-zero carbon footprint by 2030.

The new sustainable initiative will cover Formula One cars, on-track activity and the rest of series’ operations and follows 12 months of talks with the International Automobile Federation (FIA), sustainability experts, Formula One teams, promoters and partners, all of whom are on board with the scheme.

The carbon reduction projects will begin immediately as Formula One, whose carbon emissions in 2018 totaled 256,551 tonnes, bids to become a more sustainable sport.

It plans to offset emissions through a combination of replanting trees and using engineering knowledge to develop new technologies that can capture carbon from the atmosphere.

Formula One also added that it plans to make all race events sustainable by 2025, which it will achieve through eliminating single-use plastics and reusing, recycling or composting waste.

In addition, race organisers will provide incentives and tools to offer fans a greener way to reach events.

It is the most comprehensive effort in the history of the sport as it bids to go green. In 2014, the series had already made the switch to turbo hybrid power-units, which are the most efficient car engines in the world in terms of percentage of fuel energy that is converted into power. The engines have a thermal efficiency rating of 50 per cent compared to road car petrol engine which is around 30 per cent.

New rules announced by Formula One also stated that the petrol used by teams in their cars must have a biofuel content of at least ten per cent.

It is hoped improving its green credentials will appeal to sponsors and attract younger fans.

Chase Carey, chairman and chief executive of Formula One, said: “We believe F1 can continue to be a leader for the auto industry and work with the energy and automotive sector to deliver the world’s first net zero carbon hybrid internal combustion engine that hugely reduces carbon emissions around the world.

“In launching F1’s first-ever sustainability strategy, we recognise the critical role that all organisations must play in tackling this global issue. By leveraging the immense talent, passion and drive for innovation held by all members of the F1 community, we hope to make a significant positive impact on the environment and communities in which we operate. The actions we are putting in place from today will reduce our carbon footprint and ensure we are net zero carbon by 2030.”

Jean Todt, president of the FIA, added: "This strategy is in line with initiatives started some years ago by the FIA with the creation of the Environmental Accreditation Programme, more recently with the FIA Environment and Sustainability Commission, and researches on renewable racing fuel.

“With the involvement of the teams, drivers, F1’s numerous stakeholders, and crucially the millions of fans around the world, the FIA and Formula 1 are committed to driving development and ensuring motorsport grows as a laboratory for environmentally beneficial innovations.”

Also in Formula One, yearly revenues for the sport have decreased by two per cent from US$647 million to US$633 million, according to Liberty Media's latest financial statement. This was primarily due to the 2019 race calendar schedule, which included seven races in the year’s third quarter, and one less than the same period in 2018, which also benefited from non-recurring TV production fees.