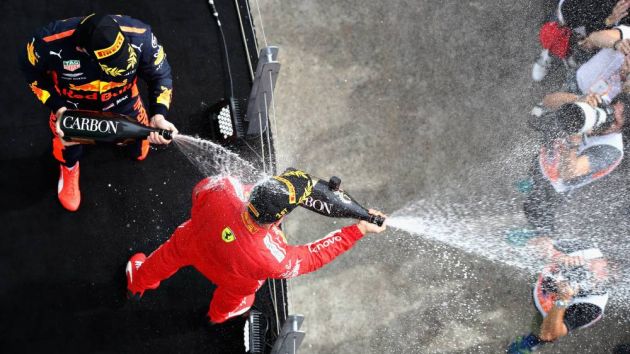 Formula One has confirmed that June’s Canadian Grand Prix has been cancelled.

The Montreal event will be replaced by a race in Turkey, with Formula One still hopeful of pulling off a record-breaking 23-round calendar this year.

Formula One was unable to strike an agreement with Canadian officials in order to avoid 14 days of quarantine for the travelling series, leading to the cancellation of the race for a second consecutive season.

The Canadian GP follows China in becoming the second race to be axed from Formula One’s original calendar.

Melbourne’s Albert Park had been due to host the opening round of the campaign but was moved to November amid the coronavirus pandemic.

'We are grateful for the efforts of the promoter and the authorities in Canada, Quebec and Montreal in the past few weeks to try and make the race happen and we are pleased to announce a two-year extension to our partnership with the Canadian Grand Prix,' a Formula One statement read.

'We will work with the promoter to ensure those with tickets from 2020 and 2021 races get the options of a refund or to transfer their tickets to next year’s race and look forward to racing in Canada in 2022.'

The race in Canada was pencilled in for 13th June, a week after the Azerbaijan GP. But Istanbul will now fill the void, dovetailing with Baku.

The Turkish GP returned to the calendar last October after an absence of nine years and threw up one of the best races of the season, with Lewis Hamilton prevailing in wet conditions to clinch his seventh world championship.

“While it is disappointing we cannot be in Canada this season we are excited to confirm that Turkey will host a Grand Prix in 2021 after an amazing race last season,” said Stefano Domenicali, Formula One president and chief executive.

“I know all our fans are excited by the dramatic start to the season and Turkey is a great circuit that delivers great battles on the track.

“I want to thank the promoter and authorities in Canada for all of their efforts in recent weeks but the travel situation made our plans impossible.

“I equally want to thank the promoter and authorities in Turkey for their ongoing willingness to host a Formula One race that shows the huge interest in our sport and the hope from many locations to have a Grand Prix.

“We have had very good conversations with all the other promoters since the start of the year and continue to work closely with them during this period.”

Istanbul’s involvement means the sport remains on course for 23 Grands Prix but Brazil is thought to be vulnerable amid the country’s ongoing problems with Covid-19.

There will be no fans present at the next two races in Portugal and Spain but Monaco officials are understood to be pushing for 50 per cent capacity for their race on 23rd May.

Silverstone bosses are hopeful of a full house for the British GP on 19th July, with coronavirus restrictions in the UK due to be lifted four weeks earlier.