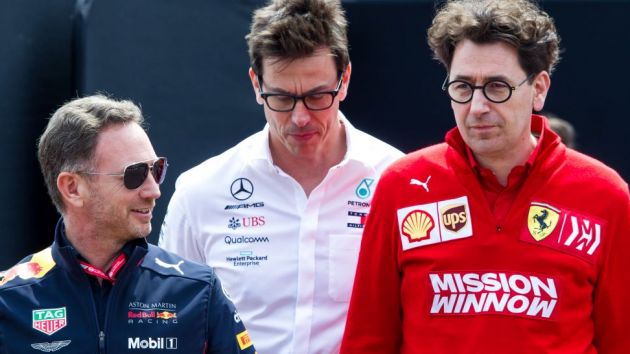 Teams in the Formula One global motorsport series have agreed to a new budget cap from 2021, which will see a decrease on spending through to 2025.

The cap does not include driver salaries, senior team staff, US$15 million for engine costs, and marketing and hospitality. The agreement is subject to formal ratification by the world motorsport council, set for this week.

Formula One and the International Automobile Federation (FIA), the series’ governing body, had already been pushing for a spending cut in a bid to level the playing field across the grid and ensure sustainability. The financial fallout from the coronavirus pandemic proved the catalyst needed to implement the changes.

Formula One’s three biggest spenders, Mercedes, Ferrari and Red Bull, had been reluctant to agree to the changes, before initially agreeing to a cap of US$175 million last year for the 2021 campaign, only for Covid-19 to prompt a further rethink. Other teams had been hoping for a drop to US$100 million, only for Ferrari’s team principal, Mattia Binotto, to tell the Guardian last month that now was “not the time to react in a hurry”, a comment that lead McLaren Racing’s chief executive, Zak Brown, to accuse the Italian team of “living in denial”.

The new cap will likely mean a major restructuring for Formula One’s ‘big three’. All employ between 800 and 1,000 personnel and their current spending is estimated to be in excess of US$400 million. Ferrari have already suggested they may shift resources by entering the North American IndyCar Series to ensure their staff retain their jobs.

With the 2020 Formula One season now aiming to begin with the Austrian Grand Prix on 5th July, the series hopes to stage back-to-back races at Silverstone later in the month behind closed doors. Those plans looked to be in jeopardy after the UK government announced measures to implement a 14-day quarantine for arrivals into the country, effective 8th June.

But the prospect of two behind closed doors British Grands Prix could be heading closer after the government reportedly discussed a quarantine exemption for Formula One, following a direct appeal from the series to prime minister Boris Johnson, according to the Times.

The door has apparently been left open to relax the quarantine rules for Formula One when the rules are reviewed after three weeks, which would be around 29th June. The races in Austria and the UK are the first of what Formula One chief executive Chase Carey hopes will be between 15 and 18 races in 2020. Any fewer would result in the series taking a hit in its rights fee payments, as first reported by Forbes.

As stated in Formula One’s fillings, reported by the US business outlet, the series' broadcast contracts include a provision to reduce fees payable to Formula One if there are fewer than 15 events in a season. Broadcast earnings came to a total of US$762 million last year, representing the biggest single source for the sport’s US$2.022 billion revenue.

Meanwhile, Racing Point owner Lawrence Stroll plans to invest UK£200 million (US$246.2 million) into the team, set to be rebranded as Aston Martin from 2021, over the next five years, according to the Daily Mail. The Canadian billionaire led a consortium of investors who acquired a stake of around 20 to 25 per cent in the British car manufacturer back in January.

The deal will see Aston Martin receive equity in Racing Point, while also securing a five-year sponsorship agreement with the Silverstone-based team.

Now, documents published by the team and reported by the Daily Mail, appear to show that the pair could be working even more closely.

On 17th February, Racing Point voted ‘to allot ordinary shares... in the company up to a maximum nominal amount of UK£200 million... to enable the directors to grant AML an option to subscribe for shares of the company... in anticipation of the sponsorship agreement’.

Stroll’s initial investment at the turn of 2020 followed a profit warning for 2019 from Aston Martin. The iconic British brand said that annual earnings were likely to fall by nearly half from the year prior, with expected earnings of between UK£130 million (US$160 million) and UK£140 million (US$172.3 million) well below the UK£247.3 million (US$204.4 million) in 2018.