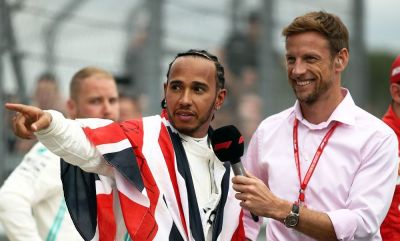 The prospect of staging two Formula One Grands Prix at Silverstone in July is in jeopardy because of a financial disagreement between the host circuit and series owner Liberty Media, according to UK media reports.

With ten Formula One events postponed or cancelled already this year, organisers of the British Grand Prix confirmed in April that they would be willing to host two consecutive races behind closed doors at Silverstone to help get the season back on track after the coronavirus pandemic.

However, BBC Sport says that Formula One believes Silverstone is making ‘unreasonable’ financial demands to stage the races on 19th and 26th July.

According to the British public service broadcaster, Formula One agreed to waive Silverstone’s UK£15 million (US$18.3 million) hosting fee and cover all costs the track would incur from hosting the pair of Grands Prix.

However, the circuit then asked to be paid the same amount to stage the two races to make up for the money it would be unable to obtain from ticket sales.

The BBC report added that Silverstone has since lowered its asking price but that the two parties remain ‘a considerable distance apart’.

A Silverstone spokesperson told the BBC: “Silverstone and F1 remain in close dialogue with each other and the relevant authorities to try to make a British Grand Prix happen behind closed doors.”

The report comes a week after Formula One chief executive Chase Carey confirmed during an earnings call that the series is exploring the possibility of staging races at circuits not on its original calendar.

According to the BBC, Hockenheim in Germany and Imola in Italy are both being considered as alternatives to Silverstone if an agreement cannot be reached.

Formula One plans to finally begin its 2020 season with the Austrian Grand Prix on 5th July. Carey is hopeful that the series can still stage ‘between 15 to 18 races’ this year.