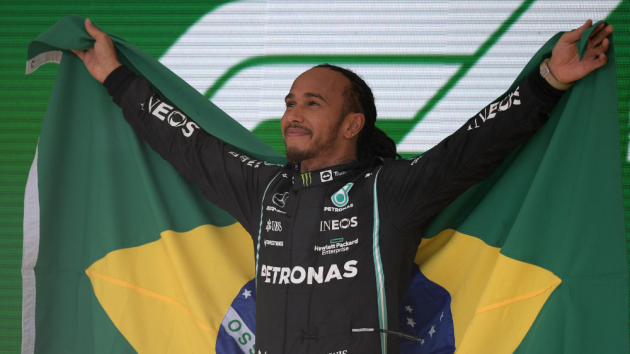 Formula One has announced a three-year broadcast rights renewal with Brazilian media company Bandeirantes until 2025.

The broadcaster, which is known as Band, will continue to show all qualifying sessions and Grands Prix on a live free-to-air (FTA) basis on the Rede Bandeirantes channel. The deal, which covers the 2023 to 2025 seasons, will also see BandSports air all practice sessions from each race weekend.

In addition, Claro Brasil has signed a strategic distribution agreement with Formula One that designates the telecommunications company as the exclusive distribution partner of the F1 TV Pro over-the-top (OTT) subscription platform in Brazil.

The pact will kick in from July and be available to Claro Brasil customers, who can pay for the OTT subscription through their post-paid bills. This comes as part of a partnership between Formula One and Claro Brasil’s parent company América Móvil, which has more than 360 million customers across 18 countries.

Band took over from Globo as the domestic broadcaster of Formula One for the 2021 and 2022 seasons, reclaiming the rights after a 41-year absence. Band’s current agreement also enabled Formula One to roll out F1 TV Pro in the country, which was not possible under the series’ previous rights contract.

In March, Notícias da TV reported Band had sold at least R$120 million (US$23.5 million) in advertising for its Formula One coverage this year.

“Formula One has always had a significant presence in Brazil and an illustrious history associated with the country so it’s fantastic that through these deals, we’re able to make the sport as widely available to as many fans as possible,” said Ian Holmes, director of media rights and content creation at Formula One.

“We are delighted to be working with Band for a further term and continue the impressive growth that we witnessed last year and are able to combine their free-to-air coverage, with the addition of the Claro partnership that enables the more avid fan access to even greater levels of archive and original content.”

“I believe that the continuation of the partnership between Band and Formula One is the result of the good work done from last year until now.

“It is important to emphasise that Band and Formula One are partners in Brazil and will always work together for the growth of the category in our country.”

He continued: “We are now launching F1 TV Pro streaming service, reinforcing our position as the largest content hub in Latin America.”