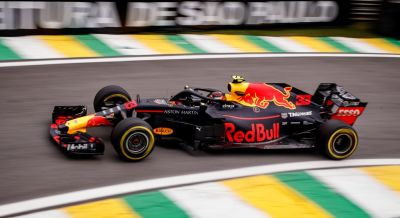 Brazil President Jair Bolsonaro has announced the Formula One Brazil Grand Prix will be held in Rio de Janeiro next year, with a new circuit being built for the motor racing event.

Bolsonaro confirmed the news on social media that Sao Paulo’s Interlagos circuit would no longer host the race. He tweeted: ‘After our victory in the elections, Formula One, which would leave Brazil, [we have] decided not only to remain, but also to build a new race track in [Rio de Janeiro]… With this, thousands of jobs will be created, benefiting the economy and the population of the state.’

In a separate press conference, the president told reporters that a memorandum of understanding for the construction of the new track at the Deodoro military base in the west of Rio de Janeiro had been signed with the city’s governor Wilson Witzel and mayor Marcelo Crivella. Construction work aims to be completed before the end of 2019. The site was previously used as a venue for events including equestrian, hockey and modern pentathlon at the 2016 Olympic Games.

Bolsonaro also claimed that the new circuit would be privately financed and be named after Ayrton Senna, the three-time Formula One world champion.

According to the Brazilian President, the decision to move the event from Interlagos was a result of heavy debts making the circuit an unviable host, with significant state assistance being required to keep the race there.

However, race organisers in Sao Paulo, which reportedly still have a contract to host next year’s Grand Prix, have rejected the President’s claims. In a statement, they said:  ‘There is a current contract for the realisation of the F1 Brazil Grand Prix in Sao Paulo until 2020. And both parties (Formula One and City Hall) continue to honour their commitments.’

Amid the alleged financial difficulties for Interlagos, Formula One has been looking ensure a long-term future for the sport in Brazil. The country is the only one in South America to host a Grand Prix and remains a highly valuable market, with Brazil enjoying the largest single national television audience during race weekend.

However, Interlagos pays one of the lowest fees to host a race and Formula One owners Liberty Media appear eager to strike a better financial deal.

If Formula One does indeed move to Rio de Janeiro in 2020, it will end Sao Paulo’s hosting duties which stretch back to 1990. Rio last held a Grand Prix at the Jacarepaguá circuit in 1978 and from 1981 to 1989. The venue was demolished in 2012 and was replaced by new facilities for the 2016 Olympics.