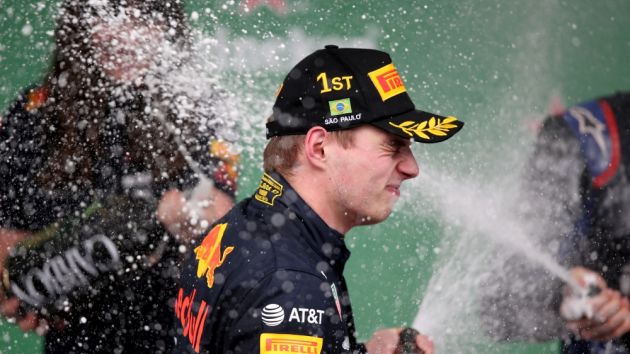 The news was announced by state governor Joao Doria, who said in a press conference that a deal with the global motorsport series had been agreed “for the next five years”.

Although Formula One owner Liberty Media is yet to sign the contract, Sao Paulo mayor Bruno Covas stated that the deal will be finalised “in the next few days”. The agreement also includes an option to extend until 2030.

Formula One has raced at Interlagos since 1990, but the destination of the next Brazilian Grand Prix had been unclear after the series reached a provisional agreement last month with investment firm Rio Motorsports to stage an event in Rio de Janeiro.

However, the prospect of the Rio race was cast into doubt after Rio Motorsports cancelled a separate five-year broadcast deal it signed with Formula One in September, citing issues with the series’ schedule brought on by Covid-19.

The investment firm’s plan to develop a new track in Rio had also faced opposition from environmental groups. The planned circuit is located in the Camboata Forest, and its construction would mean thousands of trees having to be cut down. Lewis Hamilton, who won a record-equalling seventh world title at the weekend’s Turkish Grand Prix, also criticised the proposal.

However, Autosport reports that Formula One’s decision to keep racing at Interlagos, which was set to see its current contract expire in 2020, was because the venue has a ready track and is able to commit to a long-term deal.

The 2021 Brazilian Grand Prix is due to take place on 14th November next year.

Meanwhile, in a bid to step up its eco efforts, Formula One has announced plans to introduce engines powered by sustainable fuels in time for the 2026 season.

Work is already underway to investigate how to effectively combine hybrid engines with carbon-neutral fuels.

While Formula One acknowledged in a statement that its cars only account for 0.7 per cent of its total carbon footprint, the series said ‘it is important the most visual part of our sport is sustainable and can have real-world benefits’.

The sport has set itself a net-zero carbon footprint target by 2030.