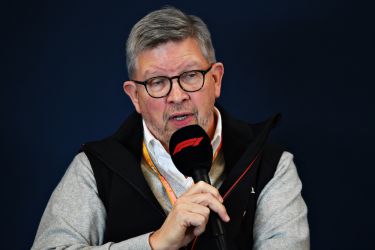 New spending restrictions set to be introduced in Formula One from next year will be partly enforced by ‘self-policing’ and a whistleblower system, according to Ross Brawn, the series’ managing director of motorsports.

In October, Formula One released details of its new set of sporting, technical and financial regulations from 2021 onwards as part of efforts to bring about more exciting racing, greater competitive balance and improved financial sustainability in the sport.

Among the sweeping changes was the introduction of the first-ever cost cap of US$175 million per team per season - a move designed to ensure on-track success is no longer based on how much money teams are willing and able to spend.

“It is difficult but I don’t think there’s any other choice,” Brawn said of the new regulations. “I think you have to go through that pain to get the system established.”

The US$175 million spending cap, which covers the calendar year and is based on the existing operating budgets of so-called ‘midfield teams’, relates only to car performance and excludes other expenditures such as marketing costs, driver salaries, and pay for each team’s three top personnel.

All corporate income tax and other non-F1 activities, property costs, employee bonuses, championship fees and superlicences are also exempt, as are flight and hotel costs for race weeks and testing.

Formula One has previously indicated that any breaches of the spending rules will be punishable by financial sanctions that will be determined on a case-by-case basis, while sporting penalties could constitute anything from a reprimand to points deductions and exclusion from the World Championship.

The FIA, motorsport's governing body, will regulate the rules through its Cost Cap Administration, with the new measures set to be trialled throughout 2020. But Brawn said on Tuesday that the ten teams will also be kept honest by Formula One’s longstanding culture of engineers and other personnel moving between different outfits, as well as regular audits by accounting firm Deloitte.

“What happens classically in Formula One is there is a constant circulation of personnel around the teams, and most of the indiscretions in Formula One have come out because someone has moved from one team to another and told them.

“Every team knows that they will never retain any fraudulent activity because someone will leave next week or the week after and they’ll take that information with them.

“The teams have, in a very crude sense, this internal policing going on because they know that this engineer will move to another team next season and you won’t be able to retain that information.

“So there’s self-policing, there’s a whistleblowing system, and there’s a strong group of auditors. We’ve partnered with Deloitte, who have been very involved with a number of these sport initiatives, and we will meet some challenges for sure in the next few years.

“But unless we face up to that, we’re never going to get this under control.”

High-profile cases involving financial malpractice in other sports, such as Premier League side Manchester City’s recent two-year ban from European competition for serious breaches of Uefa Financial Fair Play (FFP) regulations, have fuelled concerns that similar non-compliance issues could arise in Formula One.

In that case, City were alleged to have overvalued sponsorship deals and disguised investment by their Abu Dhabi owner, Sheikh Mansour bin Zayed Al Nahyan, as commercial income from the club’s principal partner Etihad Airways.

While there is likely to remain a significant disparity in spending across the grid in 2021 and beyond, the top teams will be required to drastically reduce their investment, with Mercedes, Ferrari and Red Bull estimated to have spent upwards of US$400 million apiece in 2019.

“My judgement is teams will be less cavalier in what they do because it’s shown there’s consequences,” Brawn said. “We’ve seen the Saracens situation in rugby, and there’s been consequences for them. For us, that’s a good thing because it shows there will be consequences if a team fraudulently breaches the cost cap regulations.”

Brawn added that while teams will be able to “earn as much as they like” under the new regulations, the spending cap could be adjusted in future.

“We started a little bit lower than that and, in fact, [after] lobbying from the top teams on the impact it was going to have on their teams and business, we made some adjustments,” he said.

“Of course, over time, once it settles down, if we have a need, it can be adjusted both ways in the future. So with notice it’s a variable number.”