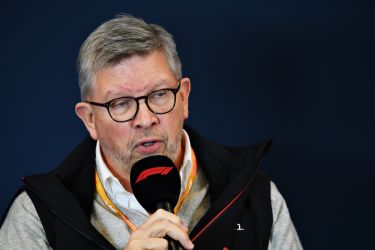 Formula One managing director Ross Brawn has suggested the European season could be extended as organisers look to stretch the calendar to 18 races this year, despite confirmation that the planned Grands Prix in Singapore, Japan and Azerbaijan have now been cancelled.

The global motorsport series has already announced an eight-race European schedule to get the delayed 2020 season under way in July, while stating an ambition to add a further seven to ten races before the end of the year.

But Brawn hinted at the difficulties of that process as nations around the world deal with the coronavirus pandemic at different rates, and has suggested further European races could be added before the season wraps up in Abu Dhabi.

“There is a contingency to have an extended European season with another one or two races if needed,” Brawn said on the Formula One website. “I think Bahrain and Abu Dhabi will be the backstop of the season from what we can see at the moment. That gives us ten. We’ll find at least five or six good races in the middle.”

The season is due to begin on 5th July at the Red Bull Ring, the first of two races on consecutive weekends at the track in Spielberg, Austria, before a Hungarian Grand Prix on 19th July and two races at Silverstone on 2nd and 9th August. Further races will follow in Spain, Belgium and Italy – with eight races the minimum needed to determine a world champion.

Formula One had been hoping to shift to Asia and the Americas after its European rounds, but its scheduled races in Singapore, Japan and Azerbaijan have all been cancelled. The series cited difficulties with building street circuits in Singapore and Baku, as well as ongoing travel restrictions in Japan.

Canada and China remain options for non-European races while Vietnam remains postponed rather than cancelled, but further rounds in Europe could be held instead. Circuits including Italy’s Imola, Portugal’s Portimao and Germany’s Hockenheim are under consideration.

“There are a number of good European tracks where we could add another one or two races on to make sure we have a comprehensive season,” Brawn said. “We’re not going to declare it yet, as it’s still a work in progress.”