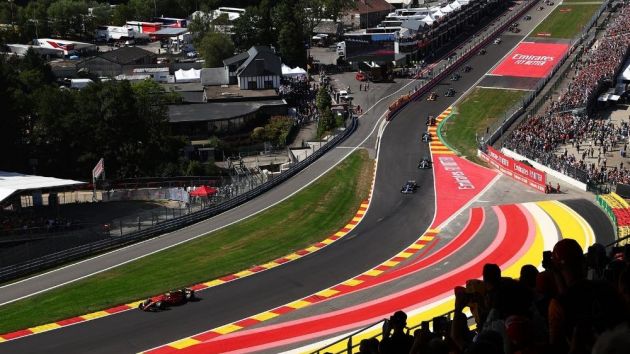 Formula One has confirmed that the Belgian Grand Prix will remain on the calendar next season, with the event signing a one-year extension.

The race at the historic Spa-Francorchamps circuit had been under threat as the global motorsport series assessed its options for 2023, but has now retained its place on the schedule.

According to the BBC, Formula One wants evidence that the event’s organisers are prepared to make significant investment, including on facilities and infrastructure, to secure its long-term future.

It had been touted that a returning South African Grand Prix could replace the Belgian round, though the BBC reports that talks over a race at the Kyalami circuit have reached an impasse for now.

Formula One chairman and chief executive Stefano Domenicali has reportedly wanted to be certain that the commercial package around the Africa race is sustainable and the Grand Prix will be secure once it is on the calendar. However, talks purportedly broke down over a lack of confidence in the local promoter in South Africa and efforts are now underway to find a new one.

The Spa extension follows the news last week that the French Grand Prix is being dropped from the 2023 Formula One calendar to make room for new races in Las Vegas and Qatar.