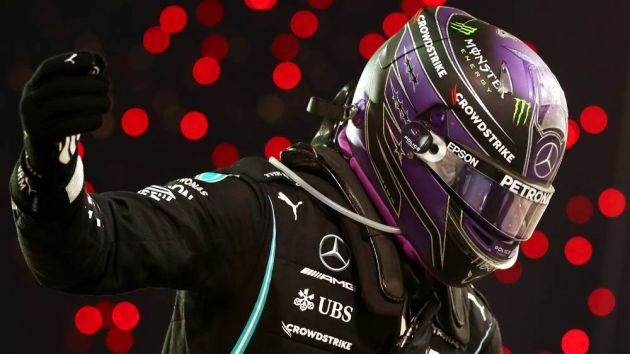 Drawing on data from the Broadcasters Audience Research Board (BARB), Sky has confirmed that the race audience peaked at 2.23 million viewers, with an average viewership of 1.98 million across the entire race.

This marks the 2021 season opener as the most watched Grand Prix ever on Sky's channels and the first race to peak at more than two million viewers, with fans tuning in to watch Lewis Hamilton and Max Verstappen closely battle for the race win.

The audience figures are significantly higher than last year’s Bahrain Grand Prix, which was held in November and was watched by an average of by 1.39 million viewers. The 2021 season opener also outscored last year’s equivalent in Austria, which 1.51 million UK viewers tuned in for.

On the digital front, Sky Sports' shared stream of the race’s opening lap on its social channels scored 17.4k total views, 9.3k of which were live.

A total of 2.1 million went online to read a story published on Sky's digital platforms the week of the race, with a quarter of a million following along with the action on Sky Sports' live blog.

In the US, the Bahrain Grand Prix scored a strong audience on the ESPN2 pay-TV network. The race brought in an average audience of 879,000, a viewership larger than any Formula One Grands Prix during the 2020 season. That figure also made the first race of the 2021 season the most-viewed live Formula One broadcast on ESPN2 - record dating back to 1995 - and the most-viewed Bahrain Grand Prix on record since the event started in 2004.

The audience peaked at one million viewers between as Hamilton held off Verstappen to capture the victory by just 0.7 seconds.

The 2021 Formula One season continues on 18th April at Imola, Italy.