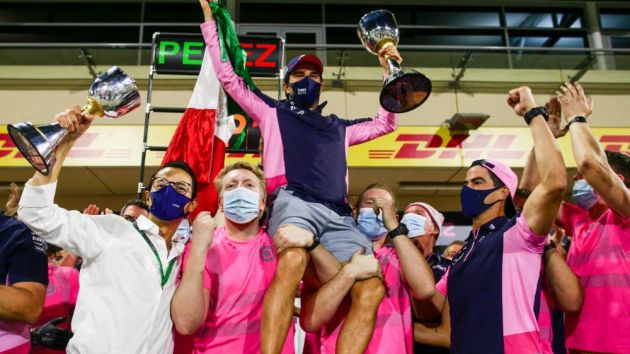 Formula One has publicly declined a state-backed offer from the to vaccinate those attending pre-season testing and the Bahrain Grand Prix later this month.

Bahrain's current Covid-19 vaccination program offers five approved vaccines to locals, with the Pfizer-BioNTech being offered to Formula One personnel. The kingdom’s Bahrain International Circuit said it would offer officials the first dose of the vaccine on arrival, with the booster provided 21 days later, before the series leaves the country.

In a statement, the sovereign fund-backed venue said the move would bring ‘additional benefit to both participants and the national population [of Bahrain]’.

It added: ‘Due to the timescale of this year's Formula One event, including testing, the vast majority of participants will be present in Bahrain for a three-week period ahead of the race.’

Formula One, however, has rejected the offer. In a short statement issued to the press, the series said it has 'no plans to be vaccinated as a travelling group ahead of the already established rollout of vaccines through the health system in the UK'.

Stefano Domenicali, Formula One chief executive, previously said that that the series did not want to “jump the line of vaccination”. Several media reports suggest Formula One’s teams are also expected to decline the offer.

According to the latest figures for the UK, where Formula One’s head office and eight of series’ ten teams are based, 31 per cent of the population have received a first vaccine dose.

Bahrain will be replacing Australia for Formula One's season opener in March, with the Australian Grand Prix taking place in November. Pre-season testing has also been moved from Barcelona.