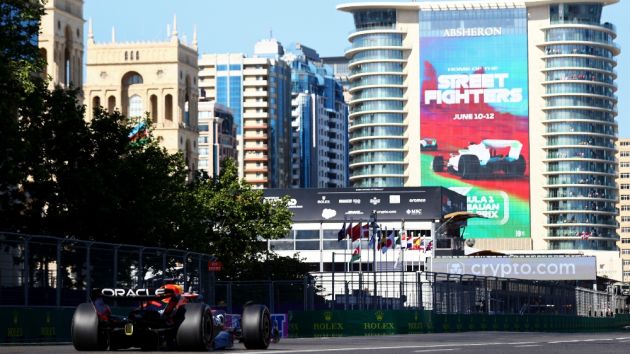 The Azerbaijan Grand Prix is currently holding discussions with Formula One over an extension to its current contract, with a ten-year deal expected to be signed, according to the BBC.

The circuit's current contract expires at the end of the 2024 season, having extended its deal by one year due to the cancellation of its 2020 race because of Covid.

Azerbaijan pays a reported US$55 million annually to host a Formula One Grand Prix, one of the largest fees of any race on the calendar.

The race had been expected to be dropped due to the global motorsport series looking to expand into Africa with the addition of a race at Kyalami, but the governing body has now changed its approach.

Formula One is also in discussions with the Baku authorities to move the 2023 race forward by a week due to the expected cancellation of the Chinese Grand Prix.

The cancellation of the race in Shanghai would leave a four-week gap in next year's calendar, but chief executive Stefano Domenicali is currently meeting resistance in attempting to move the event.

The series is also closer to finalising its sprint race destinations for next season, with the 2023 calendar featuring an expanded six events from the current three.

The current plan is for sprints to be held in Azerbaijan, Austria, Belgium, Qatar, Austin and Brazil. Although, the BBC reports that Saudi Arabia is a preferred location, but the authorities in the country have baulked at the fee required.

If a deal can be agreed to host a sprint event at the circuit in Jeddah, then it will likely replace Qatar as one of the six events next season.