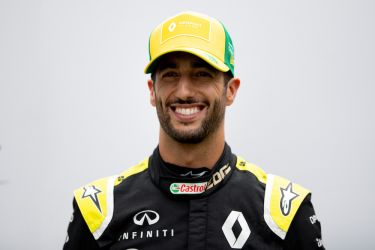 Formula One has teamed up with Amazon Web Services (AWS), its official cloud and machine learning partner, to create a virtual event that will see professional racers compete against amateur developers from around the world.

The F1 ProAm DeepRacer event, which will run throughout the month of May, will be a one-off contest as part of the AWS DeepRacer League, a competition that sees developers build and train machine learning models that compete in monthly virtual races.

Amateur developers must first train a model using machine learning to compete in the competition. They will then take part in a time trial to test their models before entering an elimination contest, with those who achieve the fastest head-to-head lap times advancing to an 11-car grand final featuring the Formula One professionals early next month.

Held within the AWS DeepRacer console, all testing and races will take place at a replica Circuit de Barcelona-Catalunya, home of Formula One’s Spanish Grand Prix.

Formula One first partnered with AWS in June 2018. Since then, the two parties have been collaborating in a range of areas, such as data analytics, race strategy, and identifying ways of using machine learning to make Formula One cars faster and more fuel efficient.

The AWS event is just one of several initiatives being run by Formula One as it vies to keep fans engaged during the absence of live action. In recent weeks, the global motorsport series has been running Virtual Grands Prix in lieu of actual races, with current drivers competing against professional athletes from other sports as well as amateur gamers.

To date, ten races on Formula One’s 2020 schedule have been cancelled or postponed due to the Covid-19 pandemic. Series chief executive Chase Carey expressed his confidence earlier this week that the season can begin this summer, starting with the Austrian Grand Prix on 5th July.