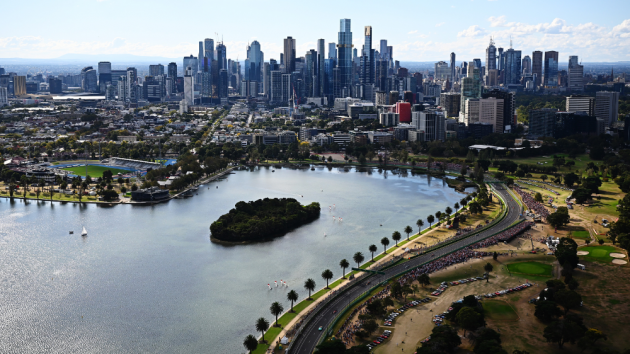 The Australian Grand Prix will remain in Melbourne until 2035 after Formula One bosses rubber-stamped a new ten-year deal.

The race at Albert Park has been a permanent fixture on the Formula One calendar since 1996 – bar the cancellation of the 2020 and 2021 rounds amid the coronavirus pandemic.

The current Australian Grand Prix deal was due to expire in 2025, but despite a number of rival bids – which is understood to have included one from Sydney – Formula One’s owner, Liberty Media, has signed off on a long-term deal to race on in Melbourne.

Racingnews365.com reported in January that the organisers paid US$35 million to host the event before this renewal. It reportedly cost Azerbaijan US$55 million to renew its Grand Prix deal last season, so it is likely Liberty Media has secured a higher annual rate from Melbourne.

Furthermore, it has been announced that the Formula Two and Formula Three development series will be making their debuts in Australia, joining the support grid from 2023.

This season’s race, which took place in April and was won by Ferrari’s Charles Leclerc, set a new attendance record for an event held at Albert Park in Melbourne, with an estimated attendance of 419,114 over the four-day weekend.

“I am delighted to confirm that Melbourne and the Albert Park circuit will continue to be on the Formula One calendar until 2035,” said Formula One chief executive Stefano Domenicali.

“The race has always been a favourite for the fans, drivers and the teams and Melbourne is an incredible and vibrant international city that is a perfect match for our sport.

“This year we saw huge crowds and passionate fans at the Grand Prix and we are very excited by the future in Australia as our sport continues to grow.”

The Australian Grand Prix had become the sport’s traditional curtain raiser, but Bahrain has taken that honour for the past two years.

And it is expected that the Gulf Kingdom will stage the first round of next season’s schedule, which could stretch to a record-breaking 24 races – with Las Vegas confirmed for 2023 and the return of the South African Grand Prix in Kyalami also a possibility.

The French Grand Prix at the Paul Ricard Circuit will be dropped after next month’s race, while the Belgian Grand Prix at Spa-Francorchamps is vulnerable.