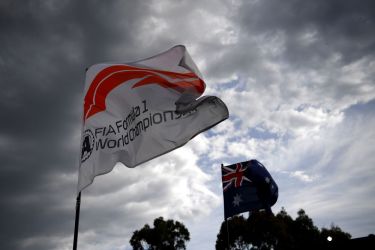 Formula One and the International Automobile Federation (FIA) have confirmed that this weekend’s scheduled Australian Grand Prix has been cancelled after a member of the McLaren racing team tested positive for the coronavirus.

The global motorsport series later confirmed that it would also be postponing the Bahrain and Vietnam Grands Prix, adding that it would study the viability of potential alternative dates for each race later in the year should the situation improve.

Formula One confirmed that it expects to begin the 2020 season in Europe at the end of May but noted that recent sharp increases in cases across the region meant that schedule will be 'regularly reviewed'.

The opening round of the 2020 season was thrown into doubt on 12th March after the McLaren team announced that they had withdrawn from the race in Melbourne and that the individual in question was being treated by local health authorities.

Formula One and the FIA, motorsport’s world governing body, announced shortly after that they were ‘coordinating with all the relevant authorities on the next steps’.

A later statement confirming the decision to cancel the Grand Prix was released by Formula One, the FIA, and the Australia Grand Prix Corporation (AGPC).

It read: ‘Following the confirmation that a member of the McLaren Racing Team has tested positive for COVID-19 and the team’s decision to withdraw from the Australian Grand Prix, Formula One and the FIA convened a meeting of the other nine team principals on Thursday evening. Those discussions concluded with a majority view of the teams that the race should not go ahead.

‘Formula One and the FIA, with the full support of the AGPC have therefore taken the decision that all Formula One activity for the Australian Grand Prix are cancelled.

‘We appreciate this is very disappointing news for the thousands of fans due to attend the race and all ticket holders will receive a full refund and a further announcement will be communicated in due course.

‘All parties took into consideration the huge efforts of the AGPC, Motorsport Australia, staff and volunteers to stage the opening round of the 2020 FIA Formula One World Championship in Melbourne, however concluded that the safety of all members of the Formula One family and the wider community, as well as the fairness of the competition take priority.’

McLaren have since confirmed that 14 members of their team, in addition to the confirmed case of coronavirus, have been placed into quarantine at the team hotel for 14 days, in accordance with advice from the health authorities.

A McLaren statement said: ‘These are individuals who had been in close contact with the team member who tested positive for coronavirus. These individuals are being supported by senior team personnel, who will stay behind with them during the quarantine period.

‘Any other team members who show symptoms will be tested immediately and self-isolate, in line with our protocol. Other members of the team have been cleared to return to the paddock to pack down team equipment before travelling back to the UK. On arrival in the UK, no race team member will return to the McLaren Technology Centre for a period of 14 days, as a precautionary measure.’

At the time of reporting, there have been more than 135,000 of coronavirus and more than 4,900 deaths related to the virus across 125 countries.

Staying with Formula One, the series has signed a three-year extension to its partnership with German oil and additive manufacturer Liqui Moly through the end of the 2022 season. That was the second commercial announcement in as many days following the series’ expansion of its deal with data firm Sportradar to include live betting markets.