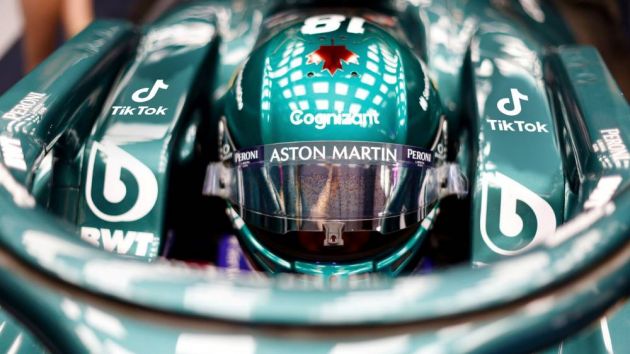 The deal sees Aston Martin add TikTok’s branding to the driver headrest and inner Halo of the AMR21 car, with the platform becoming the team’s ‘official creator partner’.

On the content side, Aston Martin will work with both TikTok’s in-house creatives and the platform’s community to explore engagement opportunities, including exclusive social output on the team’s new account.

TikTok will also launch a series of global hashtag challenges, including the #CatchChallenge, which will test users' reactions to see if they have what it takes to match the likes of Aston Martin’s drivers Sebastian Vettel and Lance Stroll.

The #DayInTheLifeOf activation will see Aston Martin share behind-the-scenes content, ranging from drivers and engineers to chefs, and #DidYouKnow will help educate and inform the TikTok community about Formula One.

According to Aston Martin, Formula One and sport-focused content on TikTok has brought in a little less than 100 billion views on related hashtags, highlighting the opportunity for the social media brand’s first deal in Formula One.

The partnership will place additional focus on this year’s British and US Grands Prix – which are key territories for both brands – where the two parties will place an extra emphasis on creator-driven content.

Rob Bloom, Aston Martin’s chief marketing officer, said: “We’re massively invested in developing and growing the contribution of the fans – and we know they’re becoming increasingly adept at building uniquely spun narratives around the teams and drivers they love. And, naturally, TikTok is the perfect home for this.

“At the heart of the brand’s ‘I/AM’ campaign is a spirit of co-creation – inviting fans to bring their thing and build this exciting new era together. Similarly, TikTok is built on the foundations of its creators.

“In addition, there’s a feeling that creator-driven content within the sport still remains relatively untapped – working together, we can really galvanise the team’s passionate and inventive fan community to build a legacy of landmark social content across the TikTok platform.”

Harley Johnson, TikTok’s EMEA sports marketing lead, added: “We’re excited by the way [Aston Martin] has already developed its social channels, placing the fan at the centre of the experience, and we think the growth of its new TikTok channel will see further new opportunities as it deepens its relationship with not only TikTok, but talented and inspired creators; helping to drive new perceptions of the sport amongst both current and future audiences.”