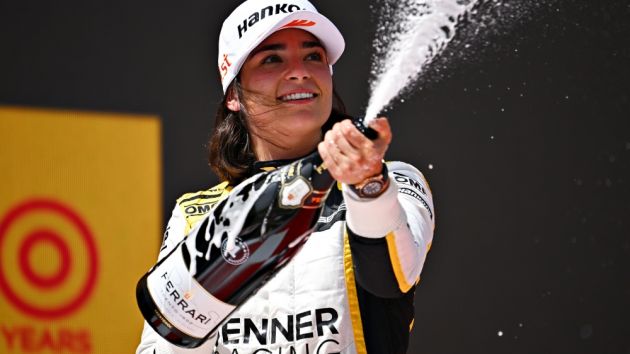 Formula One has announced the launch of F1 Academy, an all-female support series aimed at developing drivers to compete at the highest levels of motorsport.

The series will begin racing in 2023 and consist of five teams, which will be run by existing Formula Two and Formula Three outfits. Three cars will be entered by each team to make 15-car grid.

The inaugural season is planned to have seven events of three races each, amounting to a total of 21 races, with one round likely to be in support of a Formula One Grand Prix. The full 2023 calendar will be revealed in due course.

Formula One is set to subsidise each entry with a budget of €150,000 (US$155,718), making a total investment of €2.25 million (US$2.34 million). However, each driver will have to match this subsidy, meaning the series will not provide free entry like W Series. The teams will cover the rest of the costs.

A Formula One statement said: 'During assessments of the barriers young female drivers face with entering the F1 pyramid, it became clear that they do not have the same amount of experience as their male counterparts at the same age.

'The goal is to fill this gap and offer them access to more track time, racing and testing. They will also grow by working with professional teams, who are renowned in motorsport for nurturing young drivers, and who will help them develop the crucial technical, physical and mental preparations.'

It also mentioned the W Series and how this new series plans to 'add an extra route for the next generation of young female drivers', co-existing alongside the existing all-female category.

“Everyone should have the opportunity to follow their dreams and achieve their potential and Formula One wants to ensure we are doing everything we can to create greater diversity and routes into this incredible sport,” said Stefano Domenicali, president and chief executive of Formula One.

“That is why I am delighted to announce the F1 Academy that will give young female drivers the best chance to fulfil their ambitions through a comprehensive programme that supports their racing careers and gives them everything they need to move into F3 and hopefully to F2 and then the pinnacle of Formula One. The more opportunity there is the better and this is designed to provide another route for the drivers to succeed.”

Ellen Jones, head of sustainability at Formula One, added: “In 2019 we launched our sustainability strategy which included the commitment to build a more diverse and inclusive sport by removing barriers, nurturing talent, and inspiring change.

“Over the past few years, we have been making progress within our own operations and in the classroom through programmes such as internships and F1 Engineering Scholarships. Today’s announcement marks the next step in inspiring talent behind the visor to help ensure young female drivers get the very best opportunity to begin their professional motorsport career and climb the ladder to the top.”

Catherine Bond Muir, chief executive of the W Series, also released a statement in response to the news. She said: “W Series created the first platform for women in motorsport which has inspired young girls all around the world since our inaugural season in 2019. It is fantastic to see this grow as a result of our pioneering work.

“W Series welcomes any initiative which shares our ambition to provide more opportunities for women in motorsport. Our objective from the start has always been to increase the talent pool of women racing drivers, and the addition of the F1 Academy as a feeder to W Series and other series is a further step in inspiring the next generation to progress up the motorsport ladder.

“We are looking forward to finalising W Series’ plans for 2023 and beyond, providing exciting racing and entertaining our fans around the world. Our mission is still clear: to offer women racing drivers a platform to race globally at the pinnacle of women’s motorsport, and in doing so continue to spread our message further and wider.”

The all-female F1 Academy will be managed by Bruno Michel and have its tyres supplied by Pirelli. It will also adopt the new Tatuus T-421 chassis, debuting this weekend in the Formula Four UAE championship.

The new chassis will not only run with the halo, but also features a new steering wheel setup that will make it adaptable to hybrid power.

This follows comments made by International Automobile Federation (FIA) president Mohammed Ben Sulayem at the Financial Times and Motorsport Network’s Business of F1 Forum, prior to this weekend's Abu Dhabi Grand Prix.

“When it comes to women, we are talking with our departments when it comes to technical [aspects]. If you've got an F4 [car] it might be easy for females, but once you go to Formula 2 and F3, physically, it's harder for them. So what do we do?

“The problem is with us, so we have the solution for it. Speaking to our technical [department], every single-seater car has to accommodate both sides. It's not rocket science.

“It's up to the builders of the chassis and we will force them, otherwise we don't have hope. We need the diversity and we will give them the opportunity. If we can, we should do it.”

The most likely focus for the FIA will be to introduce power steering at both the Formula Two and Formula Three levels to help promote gender diversity.