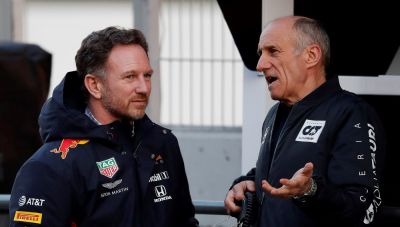 Franz Tost, boss of Formula One’s AlphaTauri team, has warned the racing outfit is losing up to US$2 million for every Grand Prix cancelled.

With the 2020 season currently in lockdown due to the coronavirus pandemic, the 64-year-old has warned of the financial implications for teams competing in the global motorsport series. To date, the opening nine Grands Prix of this year’s campaign have been called off, with France’s race set to follow after the government extended restrictions on public events until mid-July.

“If we don't drive a Grand Prix, it will cost US$1.5 million to US$2 million,” Tost said. “The contracts are designed in such a way that we lose revenue proportionately if races are not run, because the agreed amount is then reduced.

“If nothing comes in at all year round, it will be a very critical matter. If you don't get any income at all, it's obviously a disaster economically.”

The Austrian added that if the season can resume in July, teams will “get off with a black eye” but pointed to further ramifications if racing remained suspended any longer, stating that “things will get very critical”.

Currently, Formula One is considering the option of starting the season with the Austrian Grand Prix, scheduled for 3rd to 5th July, followed by two races at Silverstone in the UK, all behind closed doors. Proposals to reduce the series’ budget cap to US$130 million by 2022 have also been discussed.

Staying with Formula One, Christian Horner, team principal of AlphaTauri’s sister team Red Bull Racing, has called on the series to allow teams to buy cars from their rivals, in a move that would help cut costs to as little as US$80 million.

Existing regulations require every team to design and manufacture certain key parts of its car itself, including the chassis, which means cars are unique. This has a driven up costs to an average of UK£190 million (US$234.7 million) per year.

The biggest cost is research and development, with Red Bull’s parent company spending UK£118.1 million (US$145.9 million) on it in 2018 – nearly six times the amount spent by the backmarkers – according to its accounts. This has prompted fears that owners could put the brakes on spending for teams, fuelling speculation over their future in the sport.

Now Horner is calling for a rule change that would make the minnows more competitive, while also easing financial concerns.

“Allowing lesser teams to buy their cars would be the cheapest way to address their issue, their plight, and the quickest way to be competitive as well,” Horner told the Independent.

“You would save because you would just operate as a race team. You would have a limited development budget so you could quite easily operate, I would have thought very comfortably, at US$80 million.”

However, the 46-year-old admitted he does not expect the idea to gain traction in the immediacy, despite the uncertainty surrounding the sport amid the Covid-19 health crisis.

“I don't think it's on the agenda today but I think it should be. You would have thought now would be the time to put this through but sometimes you can't save people that don't want to be saved,” Horner said.

Customer cars are “happening anyway,” he continued. “If you look at what Force India has done, or Racing Point whatever they are called these days, rather than doing it through reverse engineering, just sell them the cars.”