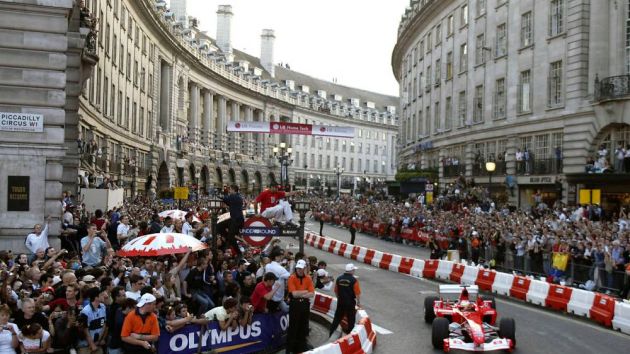 Florida-based investment firm 777 Partners has confirmed it is working with an unnamed UK sports group to gain approval for construction of a new street race circuit at the Royal Docks in London, with the potential to host a Formula One race there.

The Daily Mail says plans to build a dedicated Docklands circuit are at an advanced stage, adding that both 777 Partners and the UK group have been in talks with Formula One about adding a London Grand Prix to the series' calendar.

The Daily Mail adds that the proposal has the backing of London Mayor Sadiq Khan, who has previously spoken about his aim to bring a Formula One race to the capital during his term.

The plan would also align with Khan's regeneration project for east London. According to the Daily Mail, he is hoping to run a potential London Grand Prix as a carbon neutral event, where spectators can only travel via public transport.

"We are hopeful that [the street race circuit] is coming," Josh Wander, founder of 777 Partners, told the Daily Mail. "We are hugely excited about it.

"More importantly, we will build a world-class sports and entertainment complex that can serve the community year-round and revitalise the surrounding areas. It is the type of thing you really can’t quantify until it actually happens, but the impact is dramatic.

"We believe the project itself is going to completely reinvigorate and transform the community. It brings the short-term excitement of a world-class race limited to the world’s premier cities – but at the same time we have the opportunity to create a sustainable long-term impact for the community and the surrounding areas."

Unmesh Desai, London Assembly member for City and East, added: "There is so much potential and that is why Formula One want to be involved. They believe in us and we believe in them. It is a two-way partnership.

"When Formula One and other major events come to east London, it will show that we are now firmly on the map. I am more than hopeful. It will happen."

Silverstone's current contract to host the British Grand Prix is set to expire in 2024, following an agreement made in July 2019. Previously, Silverstone officials have expressed concern that a London Grand Prix would undermine its chances of a contract renewal.

According to the Daily Mail, the intention of 777 Partners is that the London race becomes a second Formula One Grand Prix for the UK, not a replacement for the Silverstone event.