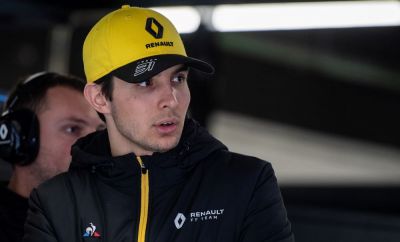 Formula One chief executive Chase Carey is planning to start the global motorsport series’ 2020 season in Austria after the French Grand Prix became the tenth race to be cancelled or postponed due to the Covid-19 pandemic.

Organisers of the French Grand Prix, which was due to take place at Circuit Paul Ricard on 28th June, said it was ‘impossible’ for the event to go ahead as planned following the government’s decision to ban all major events in France until at least the middle of July.

“The eyes of the GIP Grand Prix de France - Le Castellet are already turning towards the summer of 2021 in order to offer our spectators an even more unprecedented event at the heart of the Région Sud.”

Despite the cancellation of the French Grand Prix, Carey said in a statement that he was ‘increasingly confident’ that the Formula One season can begin this summer, starting with the Austrian Grand Prix on 5th July.

The target remains to stage ‘between 15 to 18 races’ in 2020, according to Carey, who said Formula One will publish a finalised revised calendar as soon as possible, also noting that the series’ plans ‘are obviously subject to change’.

‘We expect the early races to be without fans but hope fans will be part of our events as we move further into the schedule,’ he added. ‘We still have to work out many issues like the procedures for the teams and our other partners to enter and operate in each country.

‘The health and safety of all involved will continue to be priority one and we will only go forward if we are confident we have reliable procedures to address both risks and possible issues.’

Meanwhile, Stuart Pringle, chief executive of British Grand Prix host venue Silverstone, has said that the event will take place behind closed doors if it goes ahead this year.

Silverstone is in talks with the UK government and Formula One over the viability of hosting the race, which is scheduled for 19th July, without fans.

Pringle said: “We have left this difficult decision for as long as possible, but it is abundantly clear given the current conditions in the country and the government requirements in place now and for the foreseeable future, that a Grand Prix under normal conditions is just not going to be possible.”

Adding: “We have consistently said that should we find ourselves in this position we will support Formula One as they seek to find alternative ways to enable F1 racing to take place this year.”