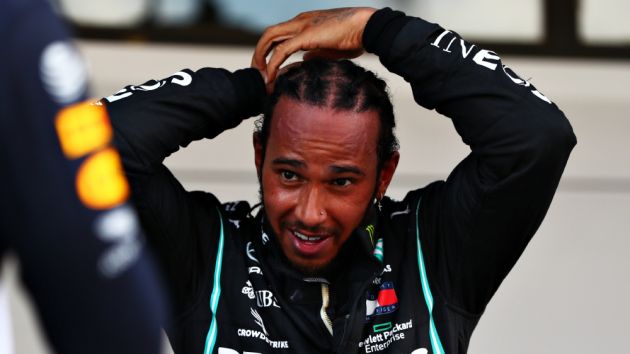 The Formula One global motorsport series will finish its 2020 season just 12 days before Christmas after the sport’s bosses rubber-stamped a final 17-race calendar.

Four rounds were added to the schedule on 25th August, with Formula One set to return to Turkey for the first time in nine years.

Bahrain will then host two races before the season-concluding Grand Prix in Abu Dhabi on 13th December – a date which could see Lewis Hamilton crowned world champion for a record-equalling seventh time.

It marks the latest finish to a Formula One season since 1963 and the fewest races staged in a year since Jenson Button drove to his sole world championship in 2009.

The Chinese Grand Prix has officially been cancelled, while the inaugural Vietnamese race in its capital of Hanoi, which had been set to take place in April, will now have to wait until 2021.

A statement from the series also said that 'a number of races' this season would be open to a limited number of fans.

The PA news agency understands fans could return for the 13th September race in Mugello – which marks Ferrari’s 1,000th Grand Prix – and the rounds that follow. However, the final race in Abu Dhabi is unlikely to be open to spectators.

Formula One chief executive Chase Carey said: “We are proud to announce that Turkey, Bahrain and Abu Dhabi will be part of our 2020 season.

“This year has presented Formula One and the world with an unprecedented challenge and we want to pay tribute to everyone across Formula One, the FIA, the teams, and our partners who have made this possible.

“While we are all disappointed that we have not been able to return to some of our planned races this year, we are confident our season has started well and will continue to deliver plenty of excitement with traditional, as well as new, races that will entertain all our fans.”

The Bahrain races are pencilled in for 29th November and 6th December ahead of the final round at the Yas Marina Circuit a week later.

The 2020 calendar had been set to include a record-breaking 22 rounds before the coronavirus pandemic forced the sport’s bosses to tear up the schedule.

This weekend’s Belgian Grand Prix at Spa-Francorchamps will be the seventh of a whirlwind campaign with 17 races taking place in five and a half months.

Following Sunday’s race at Spa-Francorchamps, the circus will then move on to Monza, Mugello and then Russia a fortnight later. Germany’s Nurburgring (11th October), Portimao (25th October) in the Algarve, and Imola (1st November) will also stage rounds before the concluding four Grands Prix.