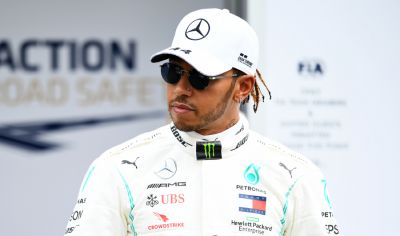 Formula One, the global motorsport series, is set to return with an eight-race European calendar starting in July.

Global governing body the International Automobile Federation (FIA) has approved plans for the 2020 campaign to begin at Austria’s Red Bull Ring in Spielberg with successive races on 5th and 12th July before the Hungarian Grand Prix takes place on 19th July.

Teams will then head to Silverstone for two races – dubbed the British Grand Prix and the Formula One 70th Anniversary Grand Prix respectively – before further events in Spain on 16th August, Belgium on 30th August and Italy on 6th September.

All races are expected to be staged behind closed doors with a minimum number of team personnel at the circuit as part of plans to create as safe an environment as possible for all those taking part.

Participants will also be required to travel on charter flights, social distance as much as possible, and undergo regular testing.

Eight races is the minimum number required to determine a world champion under the sport’s regulations, but Formula One’s owners Liberty Media hope this is just the beginning as it looks to announce further races in Asia and the Americas, with the goal of staging up to 18 Grands Prix this year.

A statement said: 'Formula One has been working closely with all partners, authorities, the FIA and the ten teams to create a revised calendar that will allow a return to racing in a way that is safe for the communities we visit and the entire Formula One community.

'Due to the ongoing fluidity of the Covid-19 situation internationally, we will be finalising the details of the wider calendar and hope to publish that in the coming weeks with an expectation of having a total of 15 to 18 races before we complete our season in December.

'We currently expect the opening races to be closed events, but hope fans will be able to join our events again when it is safe to do so.

'The health and safety of all involved will continue to be priority number one, with Formula One and the FIA having a robust and detailed plan to ensure our races maintain the highest level of safety with strict procedures in place.'

There had been question marks over Silverstone’s place on the calendar due to concerns over a quarantine programme due to be introduced by the British government, impacting travellers arriving into the UK from 8th June.

However, elite sports events are set to be exempt from the quarantine period, enabling racing to go ahead at the Northamptonshire circuit.

Formula One chairman Chase Carey said: “We are pleased to be able to set out our opening eight-race calendar today and look forward to publishing our full calendar in the coming weeks.

“I want to thank every promoter and partner for their support and ongoing commitment to Formula One.

“While we currently expect the season to commence without fans at our races we hope that over the coming months the situation will allow us to welcome them back once it is safe to do, but we know the return of Formula One will be a welcome boost to sports fans around the world.”